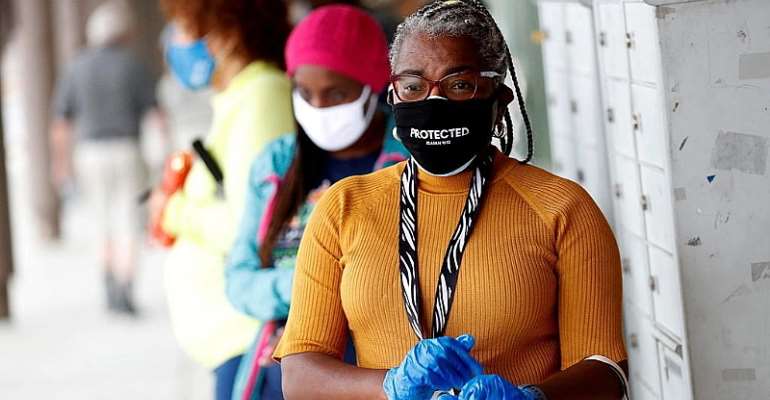 Minority voters in the US are enduring long delays as they wait to cast their ballots in early voting, now underway in several states, less than two weeks before Election Day. Their difficulties are not new.

Roye Love was 23 when he was first blocked from registering to vote. “I was told I needed to take a literacy test,” says the then military officer, who had returned to his home state of Monroe, Louisiana in 1958. “A literacy test was designed to keep black people from voting,” he told RFI in a phone interview. “I was fortunate that I was well-read, even at that time, and I passed the test.”

His troubles did not end there. Election officials accused him of being a communist during a period when the fear of the 'Reds' was at fever pitch. Death threats followed shortly afterwards.

“I was fearful that my mother and father, and other siblings I had with me, who lived there, that they may be harmed,” he said of his family's three-room house in a segregated neighbourhood.

Love endured the treatment for three months, before scraping enough money together to leave for Los Angeles. He never got to cast his ballot.

“I have been fighting voter suppression probably all of my life,” says the soldier-turned-activist, who rubbed shoulders with Martin Luther King.

Now aged 85, Love is worried that the voting rights of minority groups are once again under attack, less than two weeks before the November 3 election.

“We have a problem just returning the ballot to drop boxes,” he comments, amid controversy over the use of absentee and mail-in ballots.

“We have people waiting 4-5 hours to vote in some places,” he continues, pointing to Texas, where Republican governor Greg Abbott restricted the number of drop boxes for completed ballots to just one per county, part of what the governor claims is a bid to fight voter fraud.

“It is not only Texas, voters in other states are having problems getting to voting sites,” adds Love, who co-runs a 400,000-strong organisation called FAV 7000 to encourage black and minority voters to vote.

Their efforts may prove futile. “I'm concerned because a lot of people have been removed from the voter rolls and don't know it,” explains investigative journalist George Palast.

In the 2000 election, Palast exposed systemic voter suppression in Florida where tens of thousands of eligible voters were wrongly disenfranchised. Most of them were black or Latino and likely to have voted Democrat.

“It's hard to explain to Europeans that in America, it's considered kind of part of the game to remove or to block your opponent's voters from voting, and try to stop their ballots from being counted,” Palast told RFI.

A 1957 Civil Rights Act had long worked to protect black and Latino voters from intimidation at the polls, but new voter restrictions have erected further barriers on the road to the ballot box.

Back in California, Roye Love patiently waits. Early voting has begun, and Californians, like nearly 30 million other Americans, have already voted.

But there is anxiety over the vote. A ballot drop box was set ablaze on Tuesday in a suspected arson attack, damaging as many as 100 ballots. It followed a week-long controversy surrounding unofficial drop boxes placed by Republicans in hotly contested counties.

President Donald Trump has failed to give a clear commitment to a peaceful handover if he loses because he claims vote-rigging may affect the result.

Right-wing militia and white supremacists have threatened to unleash turmoil if Trump loses on 3 November.

“The tensions are frightening, I'm almost frightened of where we are today in terms of the possibility of violence,” Love said.

“In the 60s of course we had sit-ins and there were riots at different times, but you still had faith that the person in charge of the country was trying to do something.”

Love, like other black voters, has been disappointed by President Trump's reluctance to disavow white supremacists, now viewed as the biggest home-grown threat in the US.

“I hope he doesn't end up escalating this in such a manner that there is strong violence,” Love said.

Hottest Photo Reports
Catch up with all the political quotes from our politicians.
Advertise here
More Europe
ModernGhana Links
Podcast: Paris attacks trial, courtroom artists, Harkis to get reparations
Former president Sarkozy invites right-wing candiate Bertrand to "make himself heard"
Paris increasingly threatened by heatwaves, floods
Australian PM Morrison says efforts to reach out to France have been fruitless
In the midst of the horror, Bataclan heroism has its golden moment
US to return stolen 3,500-year-old 'Gilgamesh' tablet to Iraq
Merkel seeks to boost Laschet in close German election race
Friends again? France's envoy to return to US after Macron and Biden talk
France fends off criticism of Macron's final budget before re-election bid
TOP STORIES