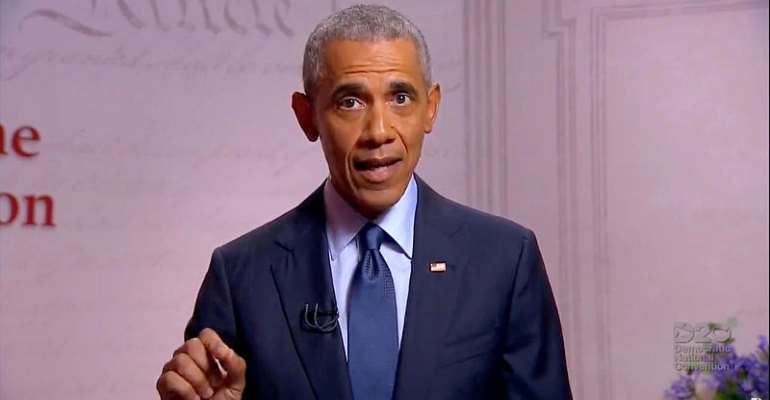 In his long-anticipated first in-person event of the year, Obama is expected to make a direct appeal to Black voters in South Philadelphia and to encourage early voting, according to the Philadelphia Inquirer.

Known for drawing in huge crowds, Obama this time will be speaking to a much smaller gathering at a socially-distanced drive-in-car rally due to coronavirus restrictions. Supporters will listen to him over the radio inside their cars.

The toned down format draws a contrast with President Donald Trump, who on Tuesday night campaigned in Erie county, a former Democratic stronghold that he won in 2016, in front of huge crowds.

Thousands of supporters bundled up in coats and hats — about half wearing masks — chanted “four more years!” as Trump walked onto the stage with Air Force One behind him.

Election countdown
Trump's message with a fortnight left to go has boiled down to a mix of optimism, telling Americans that the coronavirus pandemic is practically over and trying to tar Biden as corrupt.

Polls show Biden ahead and, with the clock ticking, Trump has intensified his attacks against his Democratic rival, accusing Biden's son, Hunter of corruption while his father was vice president — even saying Tuesday that he wants the attorney general to open an investigation ahead of the election.

"If we win Pennsylvania, we win the whole thing,” Trump told the crowd Tuesday underscoring the importance of the northeast state in the path to the White House.

With 20 Electoral College votes, Pennsylvania is among the most crucial battleground states in the presidential election. Biden, who has visited the swing state the most this campaign, is trying to win back working-class white voters who were drawn to Trump by his talk of bringing back jobs.

Obama support
The appearance of his former partner in the White House is expected to boost his campaign with voters who sat out the last presidential election, as well as voters in the Philadelphia suburbs who supported Obama in 2008 and 2012 but switched to Trump in 2016.

“Especially in Philadelphia, he is the ultimate draw and still a great standard-bearer for Democrats,” said former Philadelphia Mayor Michael Nutter.

High turnout in the populous city and its surrounding suburbs is crucial to winning Pennsylvania, which is considered a top target for the Biden and Trump campaigns.

Obama has vocally endorsed Biden during the general election, urging voters to support Biden because "our democracy" is at stake.

Battle for Pennsylvania
Democrats recently scored a win in the state on voting rules after the Supreme Court decided not to block a Pennsylvania court ruling allowing mail-in ballots postmarked by Election Day to be counted even if they arrive up to three days later. Mail-in votes are expected to favor Democrats in the state.

Still, Trump aides and allies say they feel confident the president can win Pennsylvania a second time, even during the coronavirus pandemic, by touting economic policies like tax cuts and trade deals.

Both candidates will get something of a reality check on Thursday when they meet for their second and final televised debate.

To try and impose some sense of decorum after a chaotic first clash in September, the moderator will this time switch off each candidate's microphone when their opponent is speaking, thereby trying to thwart interruptions.

In what could be seen as foreshadowing, Trump's microphone cut out briefly at his Erie rally Tuesday. When it came back on, he blamed "Crooked Hillary" for the interruption -- a reference to his 2016 opponent, Hillary Clinton.