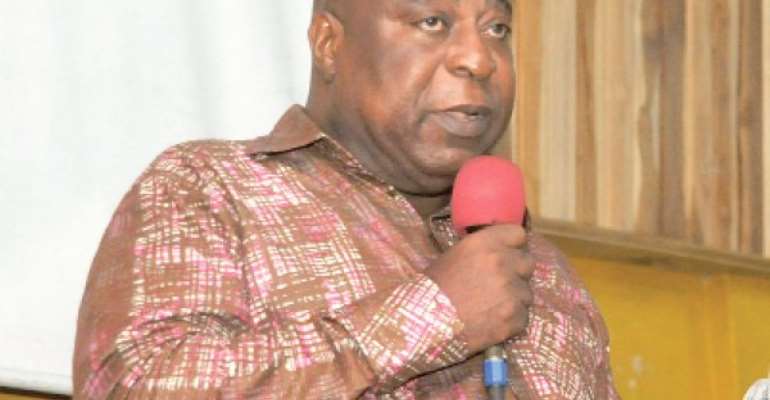 He said the poor attitude towards sanitation by residents had made the situation very challenging.

Mr Ashitey was delivered a speech on the current state of the Greater Accra Region, at the first Regional Co-ordinating Council meeting for 2020, on Tuesday, in Accra.

He said the unacceptable sanitation situation was attributed, but not limited to inadequate disposal sites for both liquid and solid waste, non-enforcement of sanitation by-laws by assemblies, poor sanitation infrastructure, among others.

He said the average collection in the Region stood at 74.1 per cent, and the deficit posed many public health consequences as contaminated drinking water along with poor sanitation were inherently linked to cholera, dysentery, hepatitis A and typhoid.

“Mismanagement of solid waste has resulted in a large majority of domestic refuse being dumped into open areas and storm drains, which has further exacerbated sewage and sanitation related problems, leading to subsequent flooding, with its attendant health hazards, “he said.

According to the Regional Minister, another worrying phenomenon was the operations of 'borla taxis' in the communities, majority of which, were not registered and therefore not regulated in anyway.

He said the 'borla taxi' operators collected refuse from households and dumped them along the motorways or within the communities when no one was watching, thereby negating all the efforts being made to keep the city clean.

He urged the assemblies to take steps to register and regulate the activities of borla taxis to put an end to the nuisance they created daily.

“Let us continue to intensify our efforts in tackling the insanitary conditions and improve the health conditions of our people, as the Region will soon benefit from another waste recycling plant by Zoomlion to ease the pressure on the existing facilities,” he said.

On potable water, Mr Ashitey said access to water supply in the rural communities and small towns in the Region had increased tremendously with improvements made in water related sanitation and hygiene.

He noted that although the Ghana Water Company, had extended water supply to over 8,000 households in Accra, pipelines to homes and industries had been allegedly vandalized by Fulani herdsmen and construction workers.