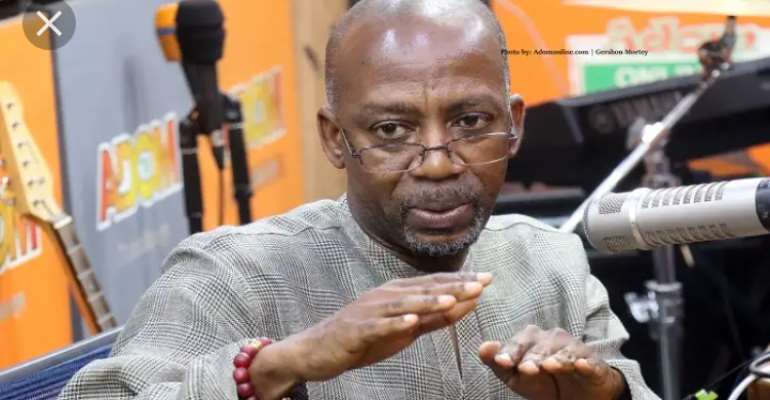 Two gospel musicians, Great Ampong and Diana Asamoah they are not motivated by money to do songs for the ruling New Patriotic Party (NPP).

According to them, they are motivated to do songs for NPP based on inspiration and the love for the party. "The party has not paid us for the songs we've done for them," they both stated.

He added that he believes he has something to offer the country through the creative arts industry and that can be achieved when he is politically aligned.

"But I've never gone to any party member to say give money because I want to do a song for the party," Mr Omar.

According to him, he only informed NDC the day the song is ready and to be released indicating that every bit of the song was financed by his own sweat.

They spoke as guests on Nana McBrown's United Showbiz on United Television on Saturday 17th October, 2020.

Diana Asamoah said the songs she has done for the NPP is to galvanise support for President Nana Akufo-Addo. "He has done so well that, he needs our support to do more for the country," she posited.

When asked whether they have lost anything as a brand for associating with a political party, Rex Omar the veteran musician answered in the affirmative. "We are sharply divided along political lines in this country".

According to him, he has lost some opportunities because of his association with the NDC but he would not complain because he was aware.

He said he finds artiste who complain about what they've lost because of their association with political parties as very unnecessary and immature.

Meanwhile, Diana Asamoah and Great Ampong on the other hand said they have not lost anything as a brand. But Mr. Ampong was quick to add that "If you're not well grounded, don't do as he has done."

Responding to how much money they have made for associating themselves with political parties, Mr Ampong said he has not received any money from the party. But, he admitted that his association with the NPP has brought him some opportunities.

Miss Asamoah also agreed with Mr Ampong but said recently someone gifted her a brand new car. "These are some of the benefits you get if you do things from the heart for God," she added.

In ending the discussion, Ampong and Diana appealed to the youth to vote massively for Nana Akufo-Addo.

According to Diana and Ampong, policies such as Free Senior High School, Planting for Food and Jobs and others are geared towards empowering the youth.

Ampong stated that "The youth must offer their thumbs as a sacrifice unto the Lord by massively voting for Nana Addo-Danquah Akufo-Addo".

Mr. Omar rather took the opportunity to advise Ghanaians to begin to accept that celebrities have a right to be politically aligned. "It becomes part of my brand as a musician and politician".

He continued that, the era where people are victimised and their business suffer because of politics must be a thing of the past.

He concluded that such behaviours must stop since it does not augur well for the total good of all going forward.

JHS graduate appeals for $45,000 to undergo kidney surgery
27 minutes ago