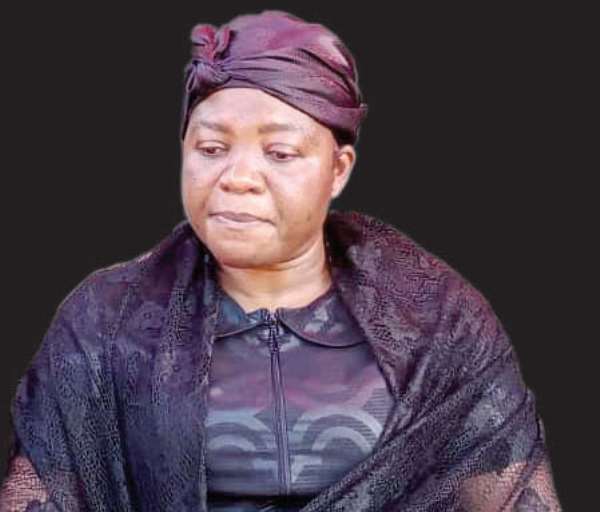 The Concerned youth and citizens of the Mfantseman constituency have kicked against the proposed nomination of the widow of the murdered Member of Parliament (MP), Mr Ekow Keansah Hayford as the new Parliamentary Candidate to lead the Party in the upcoming 2020 elections.

The name of Mrs Ophelia Hayford, the wife of the deceased MP had come up strongly and sources say the National Executive Council (NEC) of the New Patriotic Party (NPP) was considering presenting her soon.

But the Concerned Youth of the Constituency had asked the NEC to rather consider Mr. James Korsah – Brown as the replacement of the late Member of Parliament ( MP) Ekow Quansah Hayford to help retain the party's seat in the Coming December 2020 polls.

“ We recommend Mr. James Korsah – Brown to the NEC to be the replacement of our deceased MP as he is known to be active and has immensely contributed his quota towards the development of Mfantseman Constituency”.

Ghana News Agency gathered on Wednesday that Mrs. Ophelia Hayford, a Police Officer had tendered in a resignation letter to the Police Administration.

In a press statement signed and copied to the Ghana News Agency (GNA) on Wednesday, Mr. Edward Afful Agyire, the conveyor of the group appealed to NEC to halt its decision and have a proper dialogue with stakeholders before a suitable and formidable candidate could be appointed and presented.

Its said the decision on a successor should be done with a full consideration into the future development and for the good people of Mfantseman.

It noted that if the NEC refused to pay heed to their concerns, then the Party may lose the seat to the opposition party in the 2020 election.

It emphatically raised concerns that the “ No wife no Vote” placards and chanting at the house of the late MPs house was not a representation made of their interest as a party.

The statement said that the intended decision by NEC has already started dividing the party in the constituency since some party faithful have threatened to vote against it.

“ We have never seen the wife of the late MP on any political campaign in the constituency, we are not aware if she is a card bearing member of the party or not, “ He added.

Mr. Hayford was brutally shot and killed by a group of gun men suspected to be armed robbers, on Thursday, October 08, on his way from a campaign tour on the Abeadze-Dominase road.

Your independence will be respected – Akufo-Addo assures new...
31 minutes ago

He has the capacity, intellectual strength to succeed – Akuf...
36 minutes ago