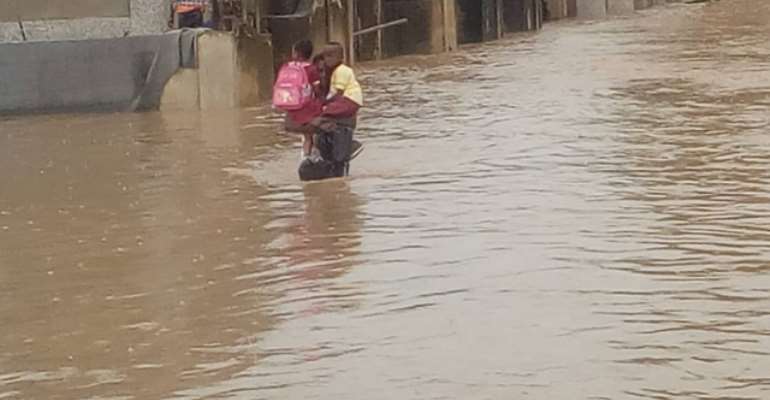 A member of the governing NPP’s communication team Courage Nobi is calling for total reform in the local government structure of the country.

According to him, Ghana’s local government is not working.

His comment comes after massive floods enveloped parts of on Saturday and Sunday following hours of torrential rainfall.

He said the president’s vision of Accra becoming the cleanest city in Africa was achievable but needed hard push.

“The president’s promise and module of Accra being the cleanest city is achievable but we have to push hard. And when road contracts are awarded, we need to have value for money.”

He added that “but for the bridges, roads constructed by government, the floods would have been worse.”