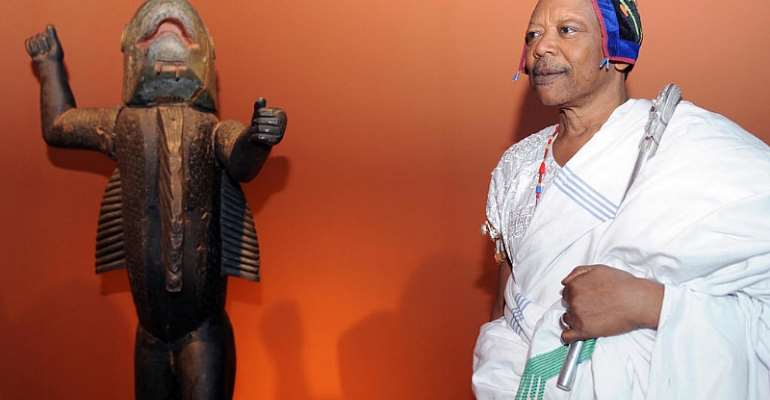 The whole process will take some time, but Godonou says that they will prepare to receive the priceless objects within a year.

France to return Benin artefacts by 2021

"To start with, the objects will be heading to the museum near the French fort in Ouidah,” Says Godonou. “Eventually, they will be displayed at a new museum in Abomey, once capital of the Kingdom of Dahomey,” he adds, referring to the former name of Benin.

The 26 pieces, named the Treasure of Behanzin, were looted in 1892 when the Palace of Abomey was looted. They are currently located at the Quai Branly museum, Paris.

Quai Branly has been the site of a number of protests by people looking to repatriate art. In June, 'send it back' activists tried to remove a number of statues of African heritage.

Invest in a secure museum
Benin's request is not an unusual one. A number of African countries have called for their valuable artwork and priceless artefacts to be returned. In 1973, President Mobutu Sese Seko of Zaire (now called Democratic Republic of Congo) spoke at the UN General Assembly, calling for the country's cultural heritage to be returned.

Belgium gave back a number of pieces, which were then sold on the black market, according to Godonou.

"They didn't have the infrastructure or the framework in place,” he says, speaking of the Congolese artefacts.

"We don't want that for Benin -- we don't want objects to be returned to a location that isn't secured, that isn't properly guarded, where they could be stolen by criminals who would disappear with them into thin air,” he adds.

Benin is currently investing in revamping the museums in Benin in order to prepare for the arrival of the looted objects.

"After these artefacts are returned, we will be able to host all sorts of collections and exhibitions, including international ones," says Godonou.