Wood market in Senegal's capital burnt to the ground 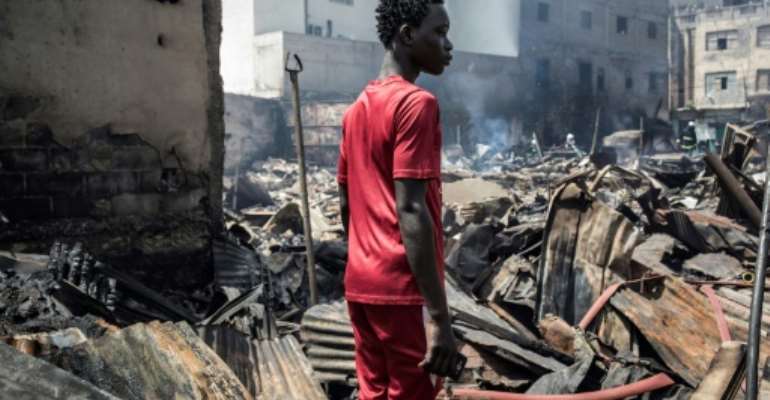 A huge blaze burnt the wood market to the ground in Senegal's Dakar. By JOHN WESSELS (AFP)

Named Parc Lambaye, the market lies in the built-up centre of the sprawling seaside city, and is known for its woodwork such as doorframes and cabinets.

"There were no deaths, only material damages," said one gendarme who declined to be named.

A huge blaze was ignited late on Saturday and lasted all night, burning the market to the ground, gendarmes and firefighters at the scene told AFP on Sunday.

Responders on the scene said they did not know what had ignited the fire, however.

On Sunday morning, firefighters were still using water hoses on smoking piles of rubble at the site.

Dakar is a West African metropolis of some 3.5 million inhabitants, where fires in its cramped informal markets are an occasional occurrence.