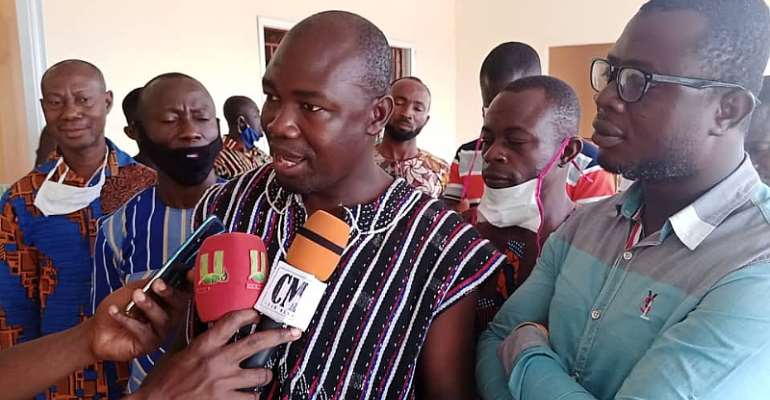 Former President John Dramani Mahama has promised to give monthly salaries to all members of various District, Municipal and Metropolitan Assemblies when voted back into power.

Addressing the media at, Goaso, the Ahafo Regional Capital, the Dean of presiding members who is also an Assembly member for Asuokwao Electoral Area of Tano North in the Ahafo region, Hon. Adom Agyei Kenneth debunked some false publication by some persons purported to be Assembly members who claim to support the former president.

Hon. Adom called on the national security, with immediate effect to arrest those unscrupulous people because they don't represent any single electoral area in the region.

The presiding member for Asunafo North Municipal Assembly, who doubles as Assembly member for Fawohoyeden Electoral Area, Hon. Jones Afriyie Anto indicated that the former President Mahama, who was once an Assembly member didn't consider their interest during his administration, when he couldn't even provide the needed logistics to support Assemblymembers but President Akufo-Addo has been able to provide them with motorbikes.

Some of the members added that the creation of the Ahafo Region is a boost noting that they can easily be identified in the governance system.

The Assembly members called on their members to disregard Mahama's promise of paying them because it is a hollow promise which lacks substance.

COVID-19: Ashanti Region records 783 cases in one week
43 minutes ago