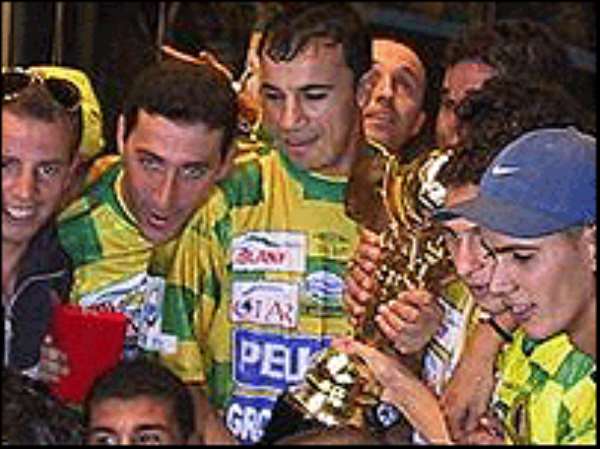 Former Enyimba striker Joetex Asamoah Frimpong was on target for his Tunisian side CS Sfaxien as they defeated Esperance Sportive Zarzis 2-1 in a Tunisian FA Cup game on Sunday.

Frimpong earned a penalty after being hacked down in the box, and Medessi converted from the spot to send Sfaxien fans into raptures.

The pacy Frimpong then made a mince of the Zarzis defence before slotting in his club's second goal of the day.

The Ghanaian international told the media from his Tunisian base, Sfax, on Monday that he is delighted scoring his third goal for the club.

"I have scored two goals in the Champions League and I feel so elated scoring in the domestic game now," he said.

"It is a good game for me but in the end what matters is a victory for the club and I am so thrilled with my contribution," he added.

Sfaxien face Olympic du Beja in Tuesday's league encounter, but Frimpong has been ruled out of the game after suffering a slight ankle injury on Sunday.

"It is not that serious but considering the fact that we have an important Champions League encounter against Orlando Pirates on Saturday, I need to rest it for that," he maintained.