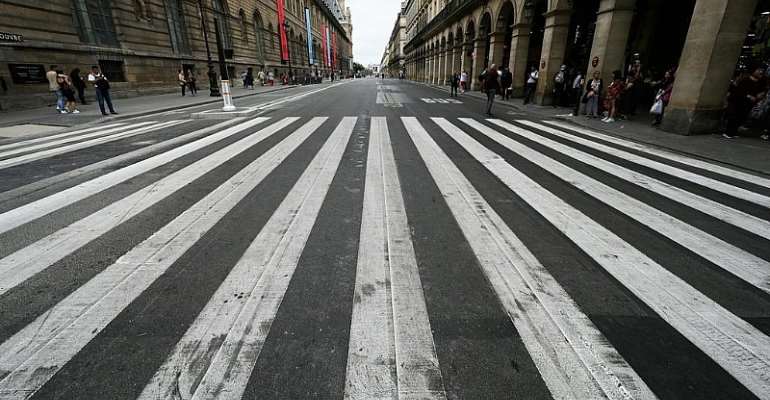 While cars and scooters will be banned in Paris for this Sunday's “Journée Sans Voitures”, the very next day a staggering 47 percent of parents will get behind the wheel to ferry their children to the region's schools.

The role of the mighty car in French society has become the subject of simmering – and rather paradoxical – debate, it seems, as city folk increasingly support measures to limit traffic, while at the same time favouring their four-wheelers for school drop offs during the virus crisis.

A recent Ifop study showed that while bike and scooter use has taken off since lockdown measures were eased and schools reopened in May and June respectively, the car remains the number 1 means of school transportation – especially in Paris.

Carried out between 25 August and 1 September, the study reported 26 million school journeys throughout France each day. Of those, 13 million children and staff travelled by car.

While health experts in France say children are not typically transmitters of Covid-19, more than half of motorist parents – 58 percent – said they were worried about possible contamination of their children either on the streets or on public transport.

Other worries concerned safety and fears children could be victims of road accidents or aggression, while many parents said it was the prohibitive cost of public transport that drove them to take the car.

Despite good weather over the survey period, nationwide the car accounted for 30 percent of school trips, compared with just 2 percent for bicycles. Walking came in second, comprising 25 percent of trips – mainly in denser urban centres where schools were nearer to homes.

Car-pooling, motorised two-wheelers and electric scooters were all on the fringes, each accounting for just 1 percent of journeys to school.

Driving change
These numbers aside, squeezing cars out of cities is a policy that also has widespread support from French people fed up with traffic jams and eager to rein in pollution that sometimes reaches dangerous levels.

This week a separate Ifop poll discovered that two-thirds of residents in the 40 French cities with populations greater than 100,000 want congestion-free streets that are more friendly to pedestrians and cyclists.

Parisians will get to experience that on Sunday, 27 September, when the sixth annual Car-Free Day takes place, allowing only buses, taxis and emergency vehicles onto the streets. Even then, they're only permitted to creep along at 30km/h.

Residents returning home from outside the city limits will have to present proof of address, the Paris City Hall said in a statement, adding that discounts of up to 40 percent will be offered for parking lots.

Anyone flouting the no-car rules risks a fine of 135 euros.

Thanks to the initiative, the mayor's office says Paris will be a “quieter, more lively and more breathable city”.

At least for a day.