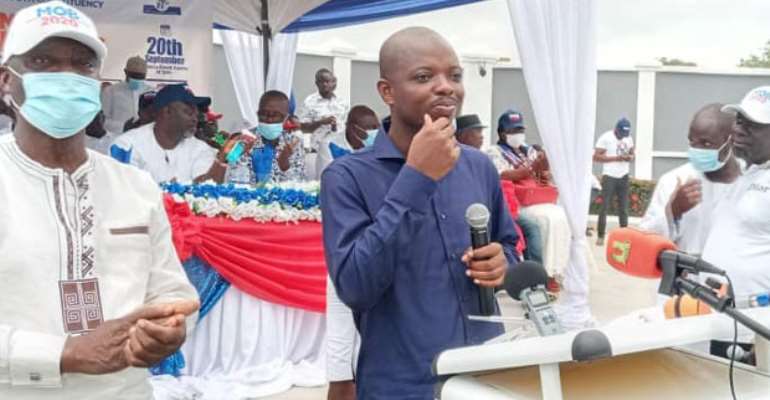 According to him, the President Akufo-Addo government has performed beyond doubts in the four-year mandate and has asked Ghanaians not to fall for Mahama's mischief.

“The election is between Jesus and Satan, Nana Addo is Jesus and Mahama is Satan so Ghanaians should beware. Nana Addo has done a lot for us and we should honour him in the general elections”.

He said the flagbearer of the NDC is not God-fearing and for that matter, he cannot lead the country into success.

He indicated that Mr Mahama was unable to pay GHC33 million for the progressively free senior secondary education initiative and is of the view it took a certain Akufo-Addo to settle such debt.

He said once he was unable to raise fund to pay the debt he cannot get GHC1 billion to implement the free SHS programme.

Abronye made these assertions during the campaign launch of Micheal Okyere Baafi, parliamentary candidate for the New Juaben South constituency in the Eastern Region.

He said the NPP will soon embark on town hall meetings to reveal what the NDC did during the term in office under Mahama.

“This year's election is the future for all of us. So I will urge everyone to do what is expected of him so that the NPP will maintain the seat. We need to sideline him because he has nothing good to offer us.

Even at the opposition, he is been able to buy Range Rover for his 19-year-old ward on his birthday, how can this man eradicate corruption, he quizzes.

He continued “We should be vigilant in the upcoming elections. Since 1957, Nana Akufo-Addo is the only president who has gifted Ghanaians a lot of things and no one can cast doubt about that.”

He is competing with Mahama but if you go into the history books of the country, he is the cruel President among all”.

He has asked Ghanaians to vote for a visionary leader instead of one who will be channelling the country's resources to sponsor ladies.

He urged all and sundry to get involve and campaign massively for the NPP in the bid to maintain their seat for another four years.

‘We’ll go hungry if we stop light fishing’ – Fishermen in El...
1 minute ago