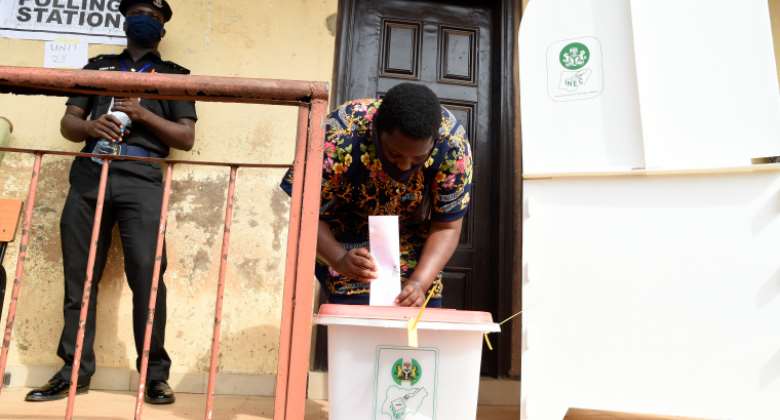 Abuja, September 23, 2020 –Nigerian Authorities should investigate the recent attacks on journalists Samson Adenekan and Offem Nathaniel Ubanga, and hold those responsible to account, the Committee to Protect Journalists said today.

On September 19, a group of at least 50 unidentified men attacked Adenekan, a journalist with the privately-owned Premium Times online newspaper, and Ubanga, a cameraman with the privately-owned online broadcaster GeeTV Africa, while they were separately covering a gubernatorial election in Iyamho town, in Nigeria’s southern Edo state, according to both journalists, who spoke to CPJ in phone interviews and via messaging app, and a report Adenekan co-authored in the Premium Times.

The attacks began after Adenekan and Ubanga filmed members of the group allegedly attempting to bribe people to vote for certain candidates, the journalists told CPJ.

CPJ documented similar violence and harassment of journalists covering gubernatorial and state assembly elections across Nigeria in March and November of last year.

“The consistent attacks on journalists covering elections in Nigeria amount to direct attacks on democracy in the country. Freedom of the press plays a critical role for free and fair elections and should be treated as such by citizens and authorities alike,” said Angela Quintal, CPJ’s Africa program coordinator, in New York. “Those who attacked journalists Samson Adenekan and Offem Nathaniel Ubanga during the elections in Edo state must be held accountable as a step toward ensuring the media can work safely to keep the public informed about their government and how it is chosen.”

When Adenekan refused to delete his footage, the men dragged him by his shirt, slapped him, and threatened him with death, he said. They coerced him into deleting the videos he had taken, Adenekan said, adding that he did not sustain serious injuries from the incident.

Ubanga told CPJ that dozens of men slapped him across his body and hit him on his back and neck with a chair. Ubanga told them he could not delete the photos he had taken because his camera battery had died, and said the phone he had also used to take photos with was not his own, and he could not unlock it. He said the men only stopped assaulting him after fellow journalists and about five police officers intervened.

Adenekan said he believed at least two of the attackers were members of the All Progressives Congress party, which is the ruling national party, but is the opposition party in Edo state. He said he had seen those men at the party’s secretariat in Abuja, Nigeria’s capital, during previous reporting.

CPJ called Yekini Nabena, a spokesperson for the All Progressives Congress, but she declined to comment on the attacks.

When CPJ called Chidi Nwabuzor, a spokesperson for the Edo state police, he said that he was not authorized to speak on the matter, and referred CPJ to a local deputy inspector general of police, but refused to disclose that person’s contact information; CPJ was unable to find such information.

MoMo transaction value for April declines by GH₵2.8billion
48 minutes ago