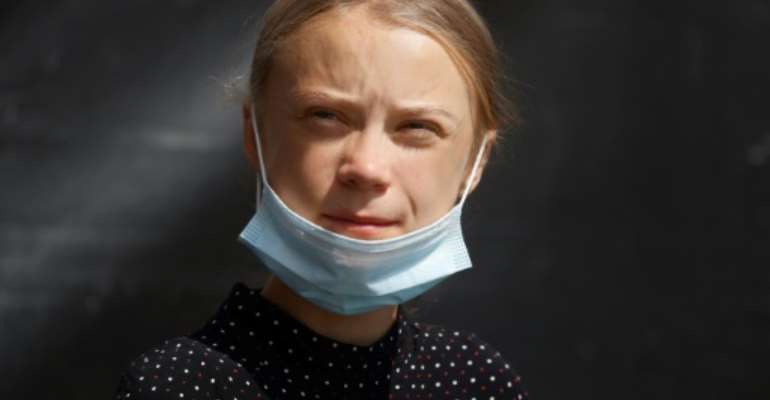 The Greta Thunberg Foundation was set up in last year after she was awarded the Portuguese Gulbenkian Prize for HumanityÂ . By Odd ANDERSEN (AFP/File)

Swedish environmental activist Greta Thunberg said Wednesday the foundation set up in her name would donate 150,000 euros ($175,000) to charities working to support "people on the frontlines of the climate crisis in Africa."

The International Red Cross and Red Crescent Movement, the solar power-focused NGO Solar Sister, as well as advocacy group Oil Change International, would each receive 50,000 euros ($59,000) for their efforts in Africa.

"We are in a global emergency, which affects all of us. But everyone is not suffering its consequences equally," Thunberg said in a statement.

"Africa is being disproportionately hit by the climate crisis, despite contributing to it among the least."

The Greta Thunberg Foundation was set up in December 2019 and the donations were made possible after she was awarded the Portuguese Gulbenkian Prize for Humanity in July, which included one million euros.

Part of the prize money has already been donated to the SOS Amazonia campaign and the Stop Ecocide Foundation.

In August, the 17-year-old, who spearheaded the "School Strike for Climate" movement, returned to school after taking a year off to campaign to curb climate change.