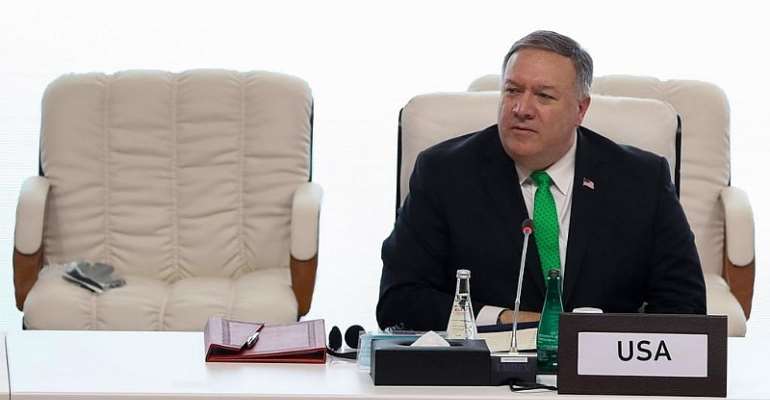 The Iranian government has called on the international community to come together and shun the United States, after Washington took a unilateral measure and declared UN sanctions have been reinstated.

"We expect the international community and all the countries in the world to stand against these reckless actions by the regime in the White House and speak in one voice," said foreign ministry spokesman Saeed Khatibzadeh in a Tehran news conference.

"The whole world is saying nothing has changed," he, adding sanctions were imposed only in the "imaginary world" of US Secretary of State Mike Pompeo, quoting Shakespeare by saying the US statement was “much ado about nothing.”

Pompeo said sanctions were back in effect from Sunday.

Traditional US allies France, Germany and Britain issued a joint statement Sunday reiterating that the “snapback” sanctions mechanism has no basis because the United States withdrew from the 2015 nuclear accord.

“It follows that any decision or action taken on the basis of this procedure ... are without effect in law.”

All three countries said they remain determined to preserve the nuclear deal with Iran.

The US government has indicated it will “impose consequences” on any country not complying with sanctions, but the US has been the only one to point the finger at Iran.

Washington is basing its move on the “snapback” mechanism, where any signatories of the 2015 nuclear agreement can reimpose sanctions if Iran is in violation.

Spokesman Khatibzadeh said Washington was on the “wrong side of history”, adding that it should "return to the international community, to your commitments, stop rebelling and the world will accept you."

Many countries consider the sanctions illegal, as tension on the nuclear situation mounts as the UN begins its annual General Assembly this week.