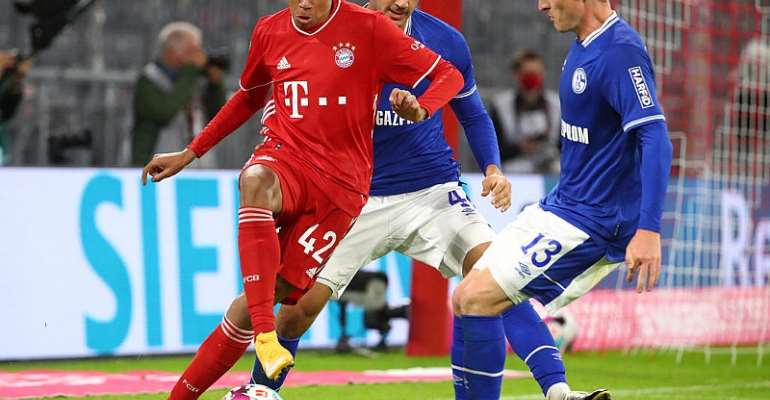 Lyon's mediocre start to the Ligue 1 season continued on Friday night with a 0-0 draw at home to Nimes.

Rudi Garcia's men have drawn two of their opening four games to lie in 10th with five points. Saint-Etienne lead the way early in the championship with nine points.

Claude Puel's side play at Nantes on Sunday night aiming to defend their perfect start to the season.

While Lyon laboured on Friday night, Bayern Munich - their conquerors in the Champions League - blazed their way past Schalke in the opening game of the 2020/21 Bundesliga season.

When the Germans saw off Lyon 3-0 in the semi-final on 19 August, it was their 20th successive victory. A 1-0 triumph in the final over Paris Saint-Germain followed four days later.

At the Allianz Arena, Hansi Flick's outfit made it 22 on the trot with an 8-0 annihilation.

Serge Gnabry, who bagged a brace in the sweep past Lyon, scored a hat trick.

There were goals too for debut man Leroy Sané, Leon Goretzka, Robert Lewandowski, Thomas Mueller, and Jamal Musiala, who at 17 years and 205 days, became Bayern's youngest player to score in the Bundesliga.

The England youth team international, who came on 18 minutes from time for Gnabry with the score at 7-0, tweeted his delight.

In other Bundesliga games on Saturday, last season's runners-up Borussia Dortmund begin their campaign at home to Borussia Moenchengladbach.