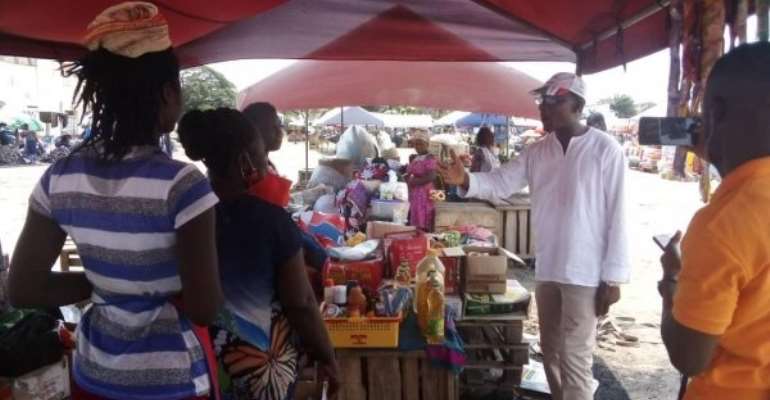 Mr Odamtten said looking at the massive support he has on the ground, and acknowledgment by the constituents of his contributions to the constituency, he was sure of winning the seat for the NDC in the December 7, 2020 elections.

He said this in an interview with the Ghana News Agency when he joined the Greater Accra Regional Women's Wing of the NDC to embark on a one-on-one campaign at the Tema Community One market.

“Its exciting that you enter the market and the women keep shouting “we know you, we know your handiwork, you gave us the glasshouse and CHPs compound among others”, he said.

When they say glass house, they are referring to the 40-bed maternity ward I constructed for the Tema General Hospital when I was the Tema Metropolitan Chief Executive Officer, he said.

He added that he was excited that the women were acknowledging his contributions to the development of Tema, which he said was an indication that they would certainly be voting for him.

Touching on the market visit, he said it formed part of their house to house campaign adding that they were there to show love to the women, and to remind them of the NDC's promises in its manifesto for them.

Mr Odamtten reiterated that the NDC had indicated in its manifesto that they would be putting up “mini Kejetia type” market structures across the country.

He stated that Tema also deserved such well-structured markets to enable them to have a decent place to ply their trade.

According to him, as far back as July 2016, the NDC advertised the market redevelopment programme adding that the past four years had been wasted without achieving that because the NDC lost the 2016 election.

He, therefore, entreated the market women to vote massively for the NDC to ensure that such promises were delivered and to “restore the dignity of our markets and give our women a befitting place to work”.

The NDC parliamentary candidate for Tema East stressed that the desire of the women to contribute to the economic activities of the country must be met with the right infrastructure and the right environment for them to work.

The Women's Wing distributed face shields and hand sanitizers to the traders.