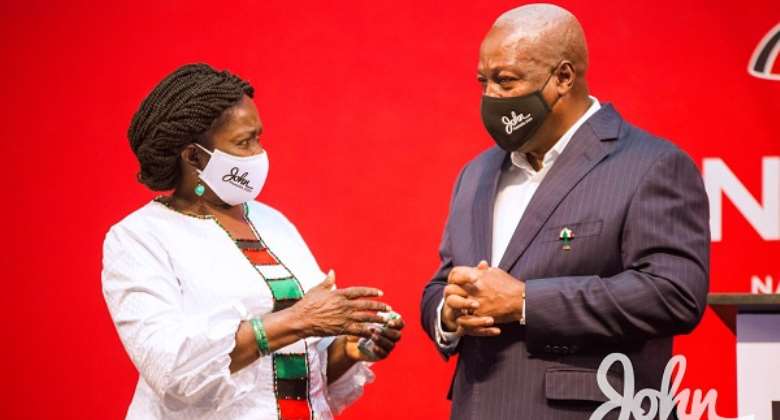 Professor Ransford Gyampo has described as politically wise the decision by former President John Mahama and the NDC to touch base with voters in the stronghold of the ruling NPP.

The NDC on Tuesday held a Townhall meeting in Kumasi to elaborate their recently launched ‘people’s Manifesto’ as well as highlight achievements of the party in the area.

This, prof Gyampoo believes, will help win the hearts of some voters to his side, a situation that may positively affect the outcome as regards presidential voting.

Speaking to Naa Dedei Tetteh on Starr Today, Prof Gyampo noted “essentially, everybody there is excited, listening to them and all that. So, you could tell that these are essentially people who are from the support base of the party. In that case, what you are seeking to do is number one, you are energizing your own support base within that area that is not your stronghold.”

“Number two, you are creating a semblance in the minds of the people there who have not decided for you, so if you do this and people watch and they see what goes on then it’s possible that those who won’t be there will still hear you out. And when they also see how people are cheering the kinds of things you are saying, it is likely that you will be able to win the hearts of a few people within that area.”

He continued: “You are not thinking about winning a parliamentary seat there, but some of these things may add some votes to the presidential votes to the party that doesn’t have that area as stronghold. If you are able to increase your votes there by some margin, it will add up to the votes of the presidential election and it can mean a lot.”

“So, for me its a politically wise thing what they are doing. In electoral politics, you do not have to just resign yourself by fate to saying that ‘this constituency is not our stronghold so we have nothing to do with them,'” he added.

Prof. Gyampo stressed “You shoot yourself in the foot if you do that, what is politically wise is to be able to go there and try even though you know that’s not your stronghold, try to win the heart and mind of some voters there. If you are able to do that if you are able to win just about ten people, it adds to the votes that you would get in your own stronghold and it can affect your electoral fortunes positively. People are watching and there are discerning people there.”