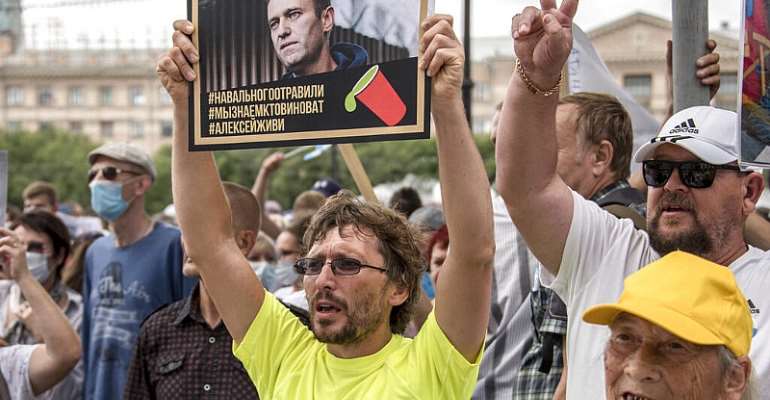 Laboratories in France and Sweden have confirmed German findings that show the nerve agent Novichok was used to poison Russian opposition leader Alexei Navalny, who has emerged from a coma. It comes as two of Navalny's allies won local parliament seats in the Siberian city of Tomsk, where he fell ill while campaigning.

The 44-year-old Kremlin critic and anti-corruption campaigner fell ill after boarding a plane in Siberia last month and was hospitalised there before being flown to Berlin for treatment.

Germany said two weeks ago there was "unequivocal evidence" that he was poisoned with the nerve agent Novichok but Russia dismissed the findings, saying its doctors found no trace of poison.

Navalny has now emerged from a medically induced coma and is reacting to speech, Berlin's Charite hospital has said.

German Chancellor Angela Merkel's spokesman Steffen Seibert said in a statement on Monday that results of an independent review at specialised laboratories in France and Sweden “confirm the German evidence (of Novichok poisoning)".

He said Germany was still waiting for the outcome of a separate evaluation by the OPCW global chemical weapons watchdog.

Navalny's supporters believe the use of the banned chemical weapon shows that only the Russian state could be responsible.

Novichok was used in an attempt to kill Russian former double agent Sergei Skripal and his daughter Yulia in March 2018 in Salisbury, England.

Navalny's case has prompted international calls for Russia to carry out a transparent investigation or risk sanctions.

Kremlin spokesman Dmitry Peskov has said Russia was probing the incident and wanted to question Navalny at his Berlin hospital.

He also said Moscow would be preparing a request for its officers and an "expert" to shadow German investigators.

Russia's opposition claimed a symbolic victory in regional elections held over the weekend.

According to early poll results, two of Navalny's allies won local parliament seats in the Siberian city of Tomsk, where he fell ill while campaigning. One seat goes to his local campaign manager, 28-year-old Ksenia Fadeeva.

In Russia's third-largest city of Novosibirsk, another ally Sergei Boyko also claimed a seat on the local council. However, vote observers said the poll was marred by fraud.

The independent election monitor group Golos said on Sunday it had received a "stream of reports" that observers had been denied their legal rights to view documents and submit complaints.

It said it also received reports of ballot stuffing and officials switching ballot papers cast by real voters for ones they had filled in.

United Russia chairman Dmitry Medvedev praised the ruling party's electoral successes, saying that according to exit polls it was heading for victory in regional legislatures.

According to initial results, a second-round runoff was not expected in any of 18 regions that elected governors.