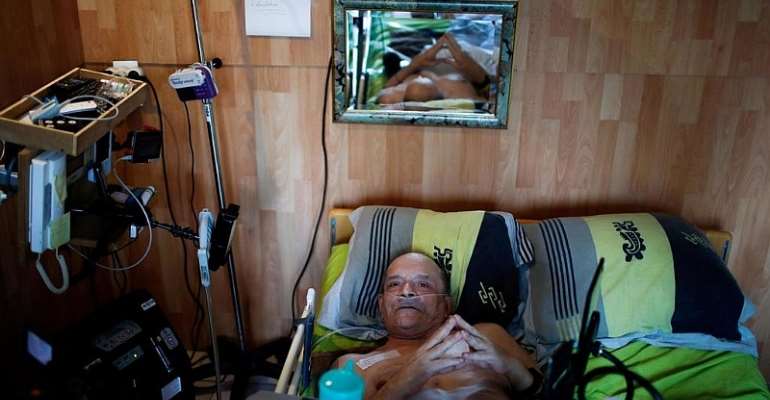 Terminally ill French man Alain Cocq, who was blocked from livestreaming his final days on Facebook, has accepted palliative care after refusing food and medication for more than three days.

Cocq, 57, was admitted to hospital days after using his situation to draw attention to the conditions of terminally ill patients in France who are not allowed to die in line with their wishes.

“I am sorry but I need some serenity to depart in peace,” he said through his spokesperson, lawyer Sophie Medjeberg, who explained Cocq had been admitted to the main hospital in the city of Dijon on Monday.

“He is suffering too much, it was too hard,” Medjeberg told AFP agency on Tuesday. “He still wants to go but without suffering.”

Medjeberg said she did not know if the doctors would resort to “deep sedation that could lead to a coma that could be irreversible, or send him back home with a mobile unit for palliative care”.

Facebook blocks livestreamed video
Last week he received a letter from French President Emmanuel Macron in response to a request for deep sedation, with which Macron says that he cannot comply because active assistance in dying was not currently permitted by French law.

France's end-of-life laws, updated in 2016, only authorise deep sedation for patients with “short term” life-threatening conditions, which Cocq is unable to prove.

Cocq stopped taking food, drink and medication after his last meal on Friday evening. On Saturday, he began livestreaming his final days on Facebook, saying he believed he had less than a week to live.

The social network blocked the livestream and said Sunday its terms and conditions did not allow the site “to show suicide attempts”.

Long-time activist
Cocq suffers from a rare genetic condition that causes the walls of the arteries to stock together. His condition is so rare it has no name and there are only three other known cases.

He was first diagnosed at age 23, after falling down a flight of stairs. Doctors at the time told him he has two weeks to live.

Long confined to a wheelchair, Cocq was a long-time activist for rights for persons with handicaps and for the right to die.

He took his case to the European Court for Human Rights in 1993, travelled around France and Europe in 1994.

Later confined to a medicalised bed, Cock attended Yellow Vest protests in Dijon. More recently he has bene unable to leave his bed in his apartment.

His plight has been compared with that of Vincent Lambert, a French man who died last year after being artificially kept alive for 11 years following a car accident and whose case revealed deep divisions over the right to die.