..."Retract And Apologise For Your Unfortunate Ethnocentric Comments"
By Eric Nana Boateng 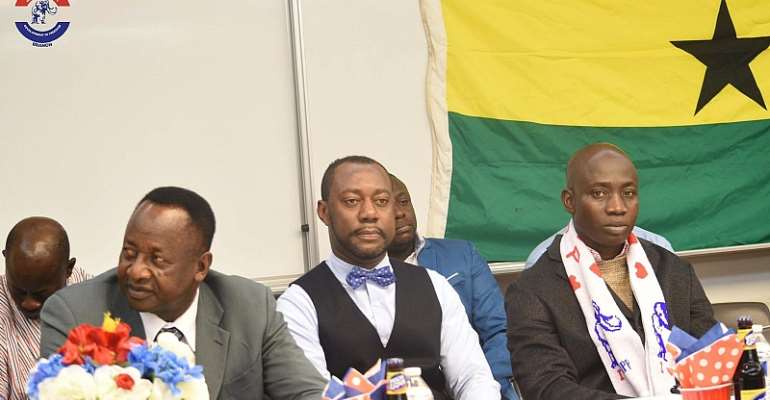 Last week, we woke up to read of the unfortunate and ethnocentric comments by no other person than someone who occupied the highest office of the land for six years.

The NPP Japan has realised that the lack of campaign message of the NDC flagbearer has pushed him to resort to such divisive and unpatriotic comments.

Unfortunately, the former president who doubles as the NDC flagbearer has started his campaign with ethnocentric comments which could spark ethnic verbal war leading to a violent election. A statesman of his calibre should know better about the consequences of such comments.

The former president should have known that ethnocentrism leads people to make false assumptions about cultural differences, this is no different from what he has done. He should have also known that one becomes ethnocentric when he/she use norms from our culture to make generalizations about other peoples' cultures and customs. Such generalizations often made without a conscious awareness that we have used our culture as a universal yardstick — can be way off base and cause us to misjudge other peoples.

The NDC flagbearer is such an ethnocentric person who does not deserve to be a leader at all.

The NDC flagbearer should have been in the known that thinking ethnocentrically reduces another culture's way of life to a version of our own culture.

Ethnocentric thinking causes us to make wrong assumptions about other people because ethnocentrism leads us to make premature judgments.

What he has done is democratically unpardonable and should be rejected outright before we even go to the polls.

NPP Japan branch calls on the NDC flagbearer to bow his head in shame and apologize to the President of the land. We also ask for pardon from his Excellency Nana Akuffo Addo towards the politically immature NDC flagbearer and remain focus on the transformation agenda.