The Sad Story Of A Poor 10-Year-Old Boy 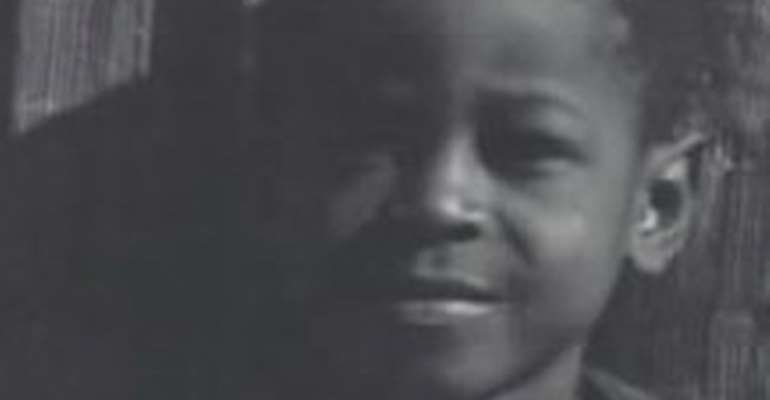 Kahad Haruna, a twelve year-old boy from Tamale in the North, has been suffering inhuman treatment from age ten when his mother put him on an Accra bound bus from Tamale to go in search of his estranged father who had moved to stay in Accra.
Narrating his ordeal to the Heritage, Kahad Haruna said, “I had been with my mother for some years. One day, my mother started insulting me to go and look for my father. All that I could remember was that she put me on a bus to come to Accra and look for daddy.”

This reporter bumped into little Kahad at a clinic at Nima in the East Ayawaso constituency of Accra during which encounter he narrated how he managed to arrive in Accra.

According to him, he coincidentally met his uncle in the bus and told him his fate. Kahad's uncle then gave him some food, saving him from starving to death after going without food for a long time, following the quit order issued him by the mother. They stayed close together on the bus till they arrived in Accra.

It took hell of time, combing the nooks and crannies of Accra and going through rain and shine for the ejected juvenile and the sympathetic uncle to finally locate his runaway. If Haruna thought finding his father would end all his dilemmas and endangered future, he was wrong.

Soon after, the father also left him with the grandparents, thumping his palm with an amount of ¢20,000 as the pocket money with the pretext that he was traveling out of Accra. He has since not returned.

In the home Haruna was dumped, grandpa and grandma were so poor they were unable to take care of him. Today, he is on the turbulent streets of Accra, hardly knowing the colour of the next meal. He sleeps where he feels too sleepy to drag himself on. If Providence throws down some support to him it is often through kind friends of his, not his parents who are duty bound to take care of him till he too becomes a responsible adult.

When The Heritage asked him whether he would want to go back to his mother who is currently married to another man and still living in Tamale, he answered in the negative, saying the mother always insulted him, saying that he did not have a father.

Haruna now has a new life to live in a new environment, all hopes of leading a lovely and happy life with his father in Accra totally dashed.

My wife was pregnant – Husband of missing but found Takoradi...
42 minutes ago

I'm not bothered about a likely coup, I worry of possible up...
55 minutes ago