The Dilemma Of The Ghanaian Dual National – Some Action Points 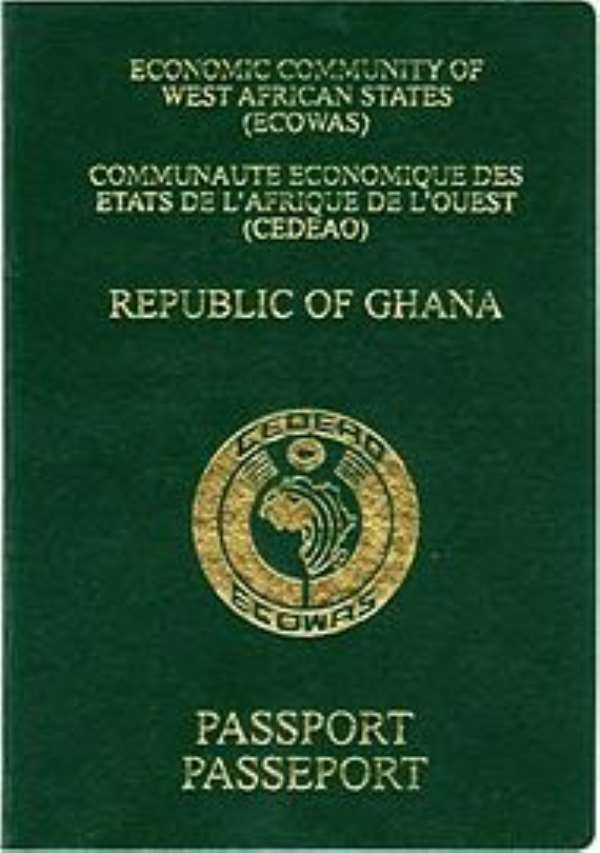 Whilst we endure the restrictions brought on by the ongoing pandemic and savour the unison, if not euphony of speeches and even having endured the petering out of rants, rages and chants triggered by the wicked killing of George Floyd by a white policeman in Minneapolis, the question as to why Africans must all return home to Africa keeps rearing up its hydra-headed character from time to time and looms large.

Africans everywhere need to join in building African Nations, it is said, however, Africans back home must also demonstrate in no uncertain terms that they want their brothers back home. Most Native Ghanaian Diasporans did not abandon Ghana when they left its shores. Most of us intended to return home after a few years but as fate will have it, some of us have had to make our places of residence, a second home.

However impressive the actions of NPP Governments may have been, anecdotal evidence suggests that not everyone is that impressed with or grateful for the remittances Diasporans send home and are thus not obviously that excited about our return as to make our journey back that smooth; there is some indifference about the subject but the support we normally seek from home is usually our fundamental and natural rights as natives of the Land.

Amongst other important announcements made in his address to the Diaspora Homecoming Summit on 3rd July 2019, our President, Nana Addo Dankwa Akufo-Addo stated as follows:

“The question of the political rights of Dual Citizens is a matter for Parliament and an opportunity will be given soon for parliament to address this issue”.

To all intents and purposes, what the President effectively meant was that he will lay relevant bill/s for Parliament to remove all the prohibitions and restrictions placed on the rights of Dual National Ghanaians to participate fully in politics; to wit, to amend Articles 8(2) and 94(2) as well as Section 16 of the Citizen’s Act 2000, implemented by .

I have taken a brief look at these relevant portions of the constitution and they provide as follows:

Article 8 of the constitution of the republic of Ghana provides for the recognition of a citizen who holds the citizenship of another country. It permits a Ghanaian to have dual Nationality but in the ensuing paragraphs, Article 8(2), the provision restricts the Dual National Ghanaian from holding the offices of Ambassador, High Commissioner, Secretary of Cabinet, Chief of Defence Staff or any Service Chief, Inspector General of Police, Commissioner of Customs Excise.

Article 94 of the constitution deals with qualifications and eligibility relating to membership of Parliament. You must be a citizen of Ghana and must have attained the age of twenty-one (21) and should be a registered voter. You must also be a resident in the constituency for which you stand as a candidate for election to Parliament OR must have resided there for a total period of not less than five years out of the ten years immediately preceding the election for which you stand, OR that you HAIL from that constituency; and (c) you have paid all your taxes or made arrangements satisfactory to the appropriate authority for the payment of his taxes. The dictionary definition of to ‘HAIL from’ ordinarily should include ‘coming from or having been born at a particular place’.

Most importantly, amongst several other disqualification criteria. you should not owe any allegiance to a country other than Ghana and so forth. The latter has been interpreted to mean not holding Dual Nationality OR that you are required to hold Nationality of only the one Country, Ghana.

The Dual Citizenship Scheme under the 2000 Ghana Citizen Act came into effect from 1 November 2002. It was implemented in accordance with the provisions of the Citizen Act 2002. Applicants eligible for Dual Nationals are those who hold citizenship of any country in addition to the citizenship of Ghana. In these instances, all applicants are required by law to provide evidence of their Ghanaian nationality or their country of birth. Its intention was to increase immigration of skilled labour, but the law has been cricticised for not giving full citizens rights as native-born citizens

Section 16(1) of the Citizens Act 2000 deals with Dual citizenship. A citizen of Ghana may hold the citizenship of any other country in addition to his citizenship of Ghana. Needless to say, Section 16(2)(a) of the Citizens Act 2000 dealing with appointments to specified offices is subject to Article 94(2) relating to qualification to contest for membership of parliament. Article 8(2) of the Constitution provides that no citizen of Ghana shall qualify to be appointed as a holder of certain specific offices if he has dual nationality. Article 16(2) also repeats the offices listed under Article 8(2) but this time the list of offices Dual Nationals are excluded from is prolonged or added to, to wit, : (a) Chief Justice and Justices of the Supreme Court; Commissioner, Value Added Tax Service; Director-General, Prisons Service; Chief Fire Officer; Chief Director of a Ministry; The rank of a Colonel in the Army or its equivalent in the other security services; and Any other public office that the Minister may by legislative instrument prescribe. This doesn’t seem to be right because it adds to the provisions of a Constitution and should have been amended by way of the procedure laid down by the Constitution.

Barring any other provisions to the contrary and/or any supporting legal framework, the above Constitutional provisions and Act of Parliament can be amended by Parliament without any recourse to a Referendum on the people. The constitutional provisions are all not entrenched terms. In other words, to amend articles 8(2), and 94(2) of the Constitution, The Executive or any member of parliament can initiate or place a bill before parliament, which will be published twice in the Gazette; the second publication being made at least three months after the first; and b. at least ten days have passed after the second publication. 2. The Speaker shall, after the first reading of the bill in Parliament, refer it to the Council of State for consideration and advice and the Council of State shall render advice on the bill within thirty days after receiving it. 3. Where Parliament approves the bill, it may only be presented to the President for his assent if it was approved at the second and third readings of it in Parliament by the votes of at least two thirds of all the members of Parliament. 4. Where the bill has been passed in accordance with this article, the President shall assent to it.

The Citizens Act 2000 will not even need to go through the above procedure to amend but by a simple legislative process.

Our President’s position on the Law announced at the Homecoming Summit in 2019 was accurate. The Dual Citizenship problem is all in the hands of parliament. It however seems someone would have to precipitate action. The Executive arm of parliament OR a willing member of parliament. Both the relevant provisions of the constitution and the Citizens Act can be amended without recourse to a referendum of the people.

Additionally, the President announced at the above Homecoming Summit that several Diasporans of African descent who had lived in Ghana for many years were to receive their long-awaited Ghanaian citizenship.

Although the promised award of citizenship to non-native Diasporans has long been acted upon, to date, we are unaware of any bills emanating from the Presidency and/or any parliamentary activity relating to the said abolition of the restrictions on political activities of diasporans.

There must be a way in which the Overseas branches may lean on the Presidency, Parliament and/or influence this debate.

It is curious to learn that the Article 55 of the Constitution limiting political activity abroad is an entrenched term although the amendment of article 94 and associated legislation may render Article 55 otiose or redundant.

In a related but separate matterThe right to vote under article 42 of the National Constitution of Ghana was never restricted until President Rawlings’ Government did so by PNDC Law 284. PNDC Law 284 restricted the right to vote at National elections to those resident in Ghana and as to those resident abroad, to a select few. In effect, Ghanaian residents abroad were barred from voting at National elections. By the Representation of the People’s Amendment Act (ROPAA) Act 699, in 2006, President Kufour’s Government abrogated PNDC Law 284 in a bid to restore the right to vote to all Ghanaians of the requisite age and sanity. However Act 699 was left on the shelves to gather dust. The NPP lost power in 2008. The Act was then left in the ‘underground archives room’. However, with the return of the NPP to power in 2017, the environment seemed ripe for Act 699 to be cleaned up for re-use. The High Court presided over by the late Justice Anthony K. Yeboah ordered the Electoral Commission in 2018, that it had 12 months, starting January 1, 2018, to register every eligible Ghanaian resident outside the country to enable them to vote in the 2020 general elections and any referendum.

“It is discriminatory for the 1st Respondent(EC) to continue to register abroad and ensure that a category of citizens studying abroad or working in Ghana’s Missions/ Embassies abroad vote in public elections and referenda while living abroad to the exclusion of Applicants and other similarly circumstanced Ghanaian citizens.”

Around July 2019, immediately after the proceedings for contempt Jean Mensah, the Commissioner, the Electoral Commission (EC) announced that it had started consultations on the Representation of the People Amendment Act (ROPAA) 2006 (Act 699), and will engage the Senegalese Electoral Commission, Ghanaian Community in Senegal and other strategic institutions in Senegal to share ideas and solicit their views towards implementation of the law.

In the Court proceedings for contempt against the Electoral Commissioner, Mrs Jean Mensah, she deposed as follows:

“I say yet again that, having been seized with the orders of the court after my appointment in July 2018, and ensuring that steps are taken in complying with the orders of the Court, I through my lawyers filed an application for extension of time within which the operationalization of Act 699 would take place and in the said application I stated the reasons for the Electoral Commission's inability to comply with the timelines set out in the judgment of the court referred to above. Attached marked Exhibit JAM 1 is a copy of the application for extension of time filed on 30th January 2019”.

The application was thus dismissed.

It seems that in May 2019, the EC was granted a further 12 months extension within which to implement Act 699.

It would appear that the Covid19 pandemic has proved a welcome intervention for anyone who has been feeling paranoid about the implementation of Act 699.