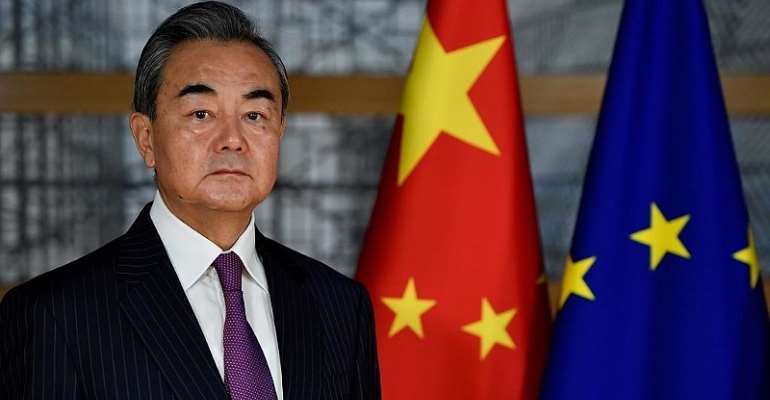 The Chinese government's top diplomat, State Councillor Wang Yi ended a five-day trip aimed at easing tensions between EU member states and China. Yi said in Paris that a China-EU investment deal could be reached by the end of the year. His remark came against a backdrop of persistent diplomatic tension between Beijing and the United States.

Wang, on the fourth leg of his five-nation EU tour, said on Sunday in Paris that Europe and China had a responsibility to work for "a more stable world" that would benefit from an agreement that has been in the works for several years.

"We have the possibility to conclude one by the end of the year. We each need to take a step towards the other," the minister told a conference organised by the French Institute for International Relations (IFRI).

'Systemic rival'
Wang is visiting European capitals of  Italy, the Netherlands, Norway, France and Germany to reinforce ties as relations with the US remain tense.

Chinese and European experts have been working for seven years on a deal to protect foreign investments, reinforce respect for intellectual copyrights, end obligations to transfer technology and subsidies for Chinese public enterprises.

In June, European Commission president Ursula von der Leyen said that work on an agreement with the European Union had become "difficult" saying: "We need more ambition on China's part to wrap up an agreement by the end of the year."

In March last year, an EU policy paper, “EU-China – A Strategic Outlook” had called China a “systemic rival” rather than an equal partner.

Heavy fire
The Chinese foreign minister came under heavy fire regarding the human rights situation in his country.

On Xinjiang, Blok said he shared his concerns about the situation of the Uygurs with Wang: “It is precisely because of our close relationship that we can also discuss matters about which we differ.”

He also “specifically asked for attention to the restriction of freedom of religion and belief in China, which particularly affects Muslims, Christians and Tibetan Buddhists”.

China and the EU have been engaged in a theoretical human rights dialogue, but Beijing routinely rejects more pungent criticism as “interference in its internal affairs.

Talks on a free-trade pact began in 2008, but relations between Oslo and Beijing were frozen from 2010 to 2016 after the Norwegian Nobel Committee awarded the Nobel Peace Prize to Liu.

Negotiations resumed in 2017.
“Given the impact of COVID-19, early completion of the China-Norway FTA negotiations is of great significance to the bilateral economic bilateral relations and trade as well as to the efforts to keep the global supply chain open and connected," Chinese Foreign Minister Wang Yi told reporters during a visit to Oslo as part of a European tour.

Four point proposal
The state-run Global Times reported reported that Wang Yi made a “four-point proposal to promote multilateralism” In a thinly veiled reference to the US, Wang Yi said that “unilateralism is on the rise today as some countries ignore international agreements and refuse to fulfill their international obligations.”

Wang Yi will end his European fence-mending tour on Tuesday with a visit to Germany, its largest European trading partner.