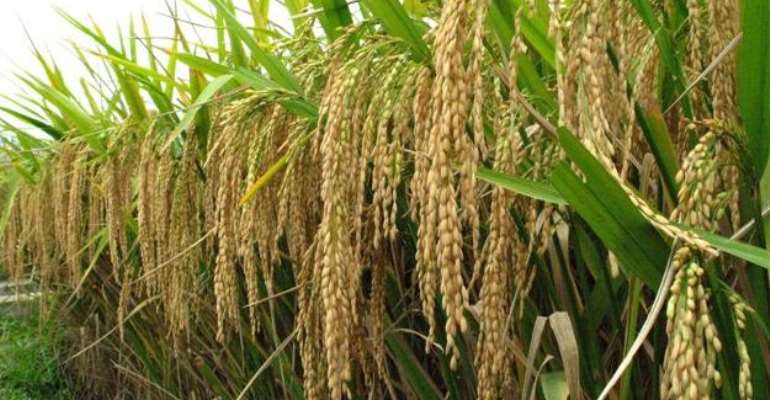 About 300 hectares (750 acres) of rice farms belonging to 250 farmers in the Fumbisi rice valley in the Builsa South District of the Upper East Region have been abandoned for lack chemicals to fight infection by weeds known as “wild rice”.

The few farmers still in the valley are using traditional methods of farming to uproot the wild rice tillers which is time-consuming and capital intensive to hire labourers to undertake the exercise.

Many of the farmers, who expressed their frustrations to the Ghanaian Times during a field visit to the rice farms on Tuesday, stated that the government promised to provide them with farm inputs in the farming season, which encouraged most of them to expand their farms.

One of the farmers, Mr Moses Agontu, who stated that the government had not done much to honour that pledge, added that the weedicides for spraying the weeds that had attacked the rice were very expensive and also difficult to come by.

Mr. Emmanuel Afoko, another farmer who told the Ghanaian Times that the weeds had the potential of reducing yields, appealed to the government to, as a matter of urgency, support the farmers to deal with the infection to avoid food insecurity.

The Builsa South District Director of Agriculture, Mr. Sylvan Dauda Danaa, reiterated the need for the government and researchers to intervene with a lasting antidote to deal with the wild rice infection in order for rice farmers to have the motivation to grow more rice.

The Upper East Regional Director of Agriculture, Mr. Francis Ennor, said the wild rice infection is causing a lot of anxiety among rice farmers in the area and so assured farmers in general of better agricultural interventions which would help increase crop and animal production in the region.

There are rice fields totalling 850 hectares (2125 acres) fully developed in nine valleys in the Builsa South District and each year, between 5.5 and 5.8 metric tons of rice is cultivated in the valleys by 894 rice farmers, including out-growers, and their effort is above the national rice cultivation.

It would be recollected that last year there was huge rice glut in the rice valleys due to lack of ready market.

Other challenges confronting rice farmers at the valleys are lack of motorable roads to the rice fields and inadequate inputs such as fertilizers and seeds.