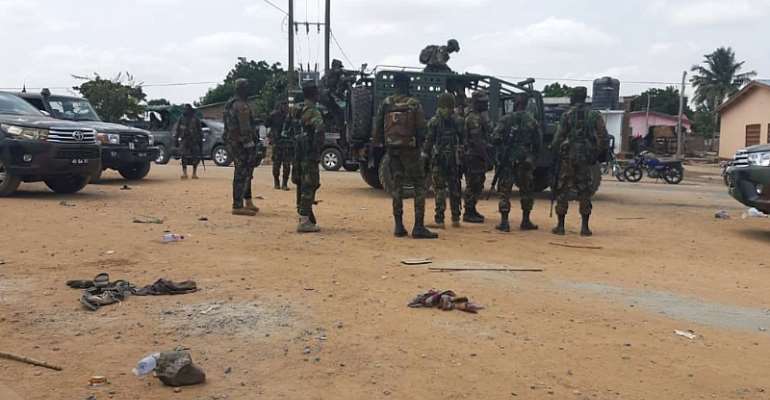 Traditional leaders in Dome Faase are expected to meet the Greater Accra Regional Minister, Ishmael Ashitey, to devise a roadmap towards restoring calm in the area.

The Omankrado for the Obom Domeabra community, Nii Addo made this known on Eyewitness News on Thursday, August 27, 2020.

He said the meeting will be held today, Friday, August 28.

“We are meeting with our Greater Accra Regional Minister and others to find a way forward. We are planning what to tell them on Friday,” Nii Addo said.

He pointed out that the military personnel deployed to the town had left after retrieving their rifles that were seized by residents.

“As I spoke, everybody listened to me and by the grace of God, they retrieved all their rifles.”

The coalition of Ga communities had alleged that the Mponuahene of Akyem Apadwa and the Akyem Traditional Council in the Eastern Region were taking their farmlands from them hence the resistance that led to the chaos on Tuesday, August 25, 2020.

Hundreds of fear-stricken residents fled after claiming they were being harassed by military officers.

Some residents told Citi News that military personnel deployed to the area moved from one house to the other, demanding to see the men in the house.

They also claimed that the military personnel ransacked their rooms.

The residents say they will only return if the military personnel are withdrawn.