‘Konadu Had No Intention Of Succeeding Me, Contesting Mills In 2000’ – Rawlings 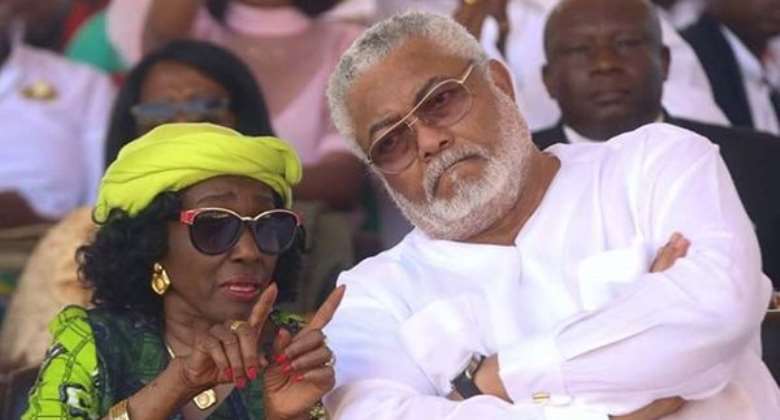 The allegation was contained in Professor Kwamena Ahwoi’s book titled ‘Working with Rawlings’.

The former Local Government Minister and member of the opposition National Democratic Congress (NDC) alleged that Konadu wanted to succeed her husband, Jerry John Rawlings, as President, when he (Mr. Rawlings) was exiting power in 2000 after 19 years.

Prof. Ahwoi said in page 191 of the book that “Nana Konadu Agyeman-Rawlings had been harbouring presidential ambitions and in 2000 had believed that she would be the one her husband, Jerry Rawlings, would hand over to.”

However, according to a statement from the office of the founder of the NDC, Nana Konadu Agyeman-Rawlings had no intentions of contesting Mills or running for president in 2000.

“When the 'Swedru Declaration' was made (prior to the 2000 elections), Nana Konadu Agyeman-Rawlings had in fact been out of Ghana for several months working on a women's health project for the World Health Organisation (WHO). A fact the author could quite easily have verified where he or any of his proof-readers inclined to do so. She was informed about the Declaration while she was abroad. Surely, logic would indicate that had she any intention to contest that election, she would have been in the country campaigning, or at the very least have set in motion her campaign machinery with which to achieve her Presidential objectives.”

“At no point did she indicate to President Rawlings or members of the Party, that she had any intention or inclination to be the flagbearer of the Party. On her return to the country, she rapidly rolled out her campaign strategy and machinery in support of Professor Mills. Yet another fact that can be easily and publicly verified,” the statement added.

The statement also indicated that the allegations are mere fabrications targeted at eroding the role played by the former first lady in the history of the NDC.

“The role, hard work, strategy and organisational talent that Nana Konadu applied to build and propel the NDC to countless victories can never be eroded. The various attempts to not just discount the central role she played, but to also deride her, is symptomatic of the myopic selfishness of characters within the NDC who cannot appreciate the fact that in so doing to pioneers of the Party like herself and others, you have no history to speak of.”

The former President also took a swipe at the author of the book, describing his comments on the presidential aspirations of Nana Konadu as a falsehood that “is unbecoming of an academician.”

“To peddle falsehoods in the name of hearsay as a justification for the blatant lies in the book is unbecoming of an academician; albeit with the sole intention of creating the impression that Nana Konadu had a role to play in the so-called Rawlings versus Mills tale. Nana Konadu played an integral role in the development of both the PNDC and the NDC, and the attempts by the author to denigrate her and nullify the key strategic and organisational role she played is yet another disappointment of the book.”