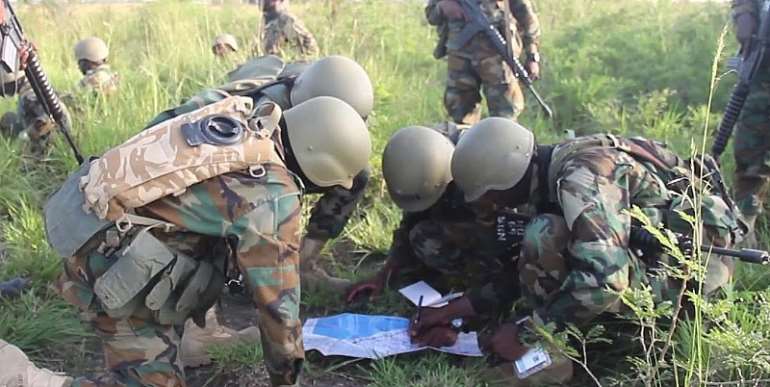 Two individuals believed to be military personnel and some civilians have sustained several injuries after a bloody clash between them and some residents of Dome Faase near Obom Domeabra in the Greater Accra Region.

Tuesday’s clash was over a land boundary dispute.

The coalition of Ga communities which comprises of over 20 communities and share a border with the Eastern Region alleged that, the Mponuahene of Akyem Apadwa and the Akyem Traditional Council were taking their farmlands from them hence the resistance that led to the chaos.

Speaking to Citi News, at the sidelines of a press conference on Tuesday, August 25, 2020, Divisional Chief of Obom Traditional Council, Nii Kpakpo Amartey blamed the Ghana Armed Forces for getting involved in chieftaincy issues.

“Practically, we are not in an era of tribal intimidation. So the Akyem Mponua hene and the estate development company should be mindful that administrative boundaries do not serve as chieftaincy boundaries. Moreover, nobody is above the laws of the country. We are stating emphatically that we will not sit idle and watch on for these atrocities to go on. We the members of the affected communities are prepared to tame them as men of valour and might. We are certain that the office of the President will not superintend over land guard issues so the office must act swiftly to bring the activities of these hooligans to a halt before any escalation.”

One of the two Military men who was assaulted by the angry crowd who spoke to Citi News about the development said, they were wrongly assaulted.

“Our work is that we give warning shots so when the other side stops, both leaders will sit down and talk. But this one didn’t happen like that. They came and attacked us and said we came here voluntarily and not by assignments. We are known soldiers and we are not doing illegal or criminal work. My major concern is that the people didn’t ask us anything and they started beating us.”