Ahafo And The Infrastructure Debate, A Cursory Look At Asunafo North, Goaso. 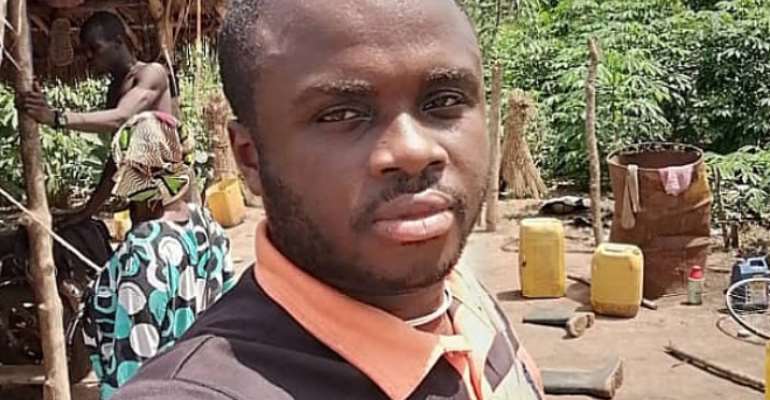 This is an election year and the political parties have begun their campaign, primarily focused on issues. The call for the BIG DEBATE on infrastructure is calling for citizens to actively participate, giving an account on what they have seen in their regions.

I, Edem Koku Edem, an Ahafonian citizen of good standing having authority and seal of the Great gods of Ahafo, Tano, Suosika, Apesika, Kyerebesua and Go, will graciously bring up to speed with my tangible, see-able and touchable projects.

1. DVLA OFFICE. The story of Agya Osei, the driver from Ahafo who had his monies stolen from him when he went to Kumasi to renew his driver's license was what necessitated the NDC administration to build an ultra-modern DVLA station in Goaso, Ahafo. 30 direct local jobs were created and several indirect jobs. This office now serves drivers from the now Western North and some parts of Bono, Bono East and Ashanti regions.

2. MIDWIFERY TRAINING SCHOOL. With maternal mortality on the rise, due to lack of qualified and well-trained midwives who understand the cultural dynamics of their working environment, and the lack of equal opportunities available in health institutions with respect to admission, there was the need for a smart solution. A training institute was needed. An NDC government established a fully resourced and recognized health institution that not only trains midwives, it focuses on complete health education, ie, community health courses and nursing programs. Citizens of Ahafo who qualify now have the direct opportunity to be admitted. This is an NDC legacy. 30 direct jobs created for local indigenes with indirect jobs such as hostel accommodation, printing presses, chop bars more than 100.

3. VRA SUBSTATION MIM. Ahafo is the National Headquarters for timber Processing both for the local Ghanaian market and foreign exchange (export) purposes. There was the need to stop relying on the Sunyani substation. In the wisdom of an NDC leadership, land was sought form the Mim traditional authorities for the construction of a substation that now supplies parts of Western North, Western Region, all of Ahafo and some parts of Bono region. Major timber firms in Ahafo can now work without having to thinks of a low voltage or power fluctuation. This is an NDC legacy.

Let this 3 speak for itself whiles I pause of a calabash of Goaso refined pito. The gods need to attention.

Latest Photo Reports
Catch up with all the political quotes from our politicians.
Advertise here
More Opinion
ModernGhana Links
Did Ghanaians indeed misconstrued Mahama's do-or-die "idiomatic expression"?
John Mahama’s battle cry!
69 is 'Do or Die' age — Amb. Abdul-Rahman Harruna Attah celebrates birthday
WAEC and WASSCE: Solutions to the perennial examination leakages
Swearing to the truth
PNC ‘Fight’ Lands In Police Station
2024 is Do or Die, We Don't Owe Anyone Any Explanation Or Apology
Do Or Die; Mahama - Dr. Ren Writes...
Coup d’etats: A Terror On Nations, Citizens – I Am A Victim
TOP STORIES