Belarus And The Lessons From Sudan 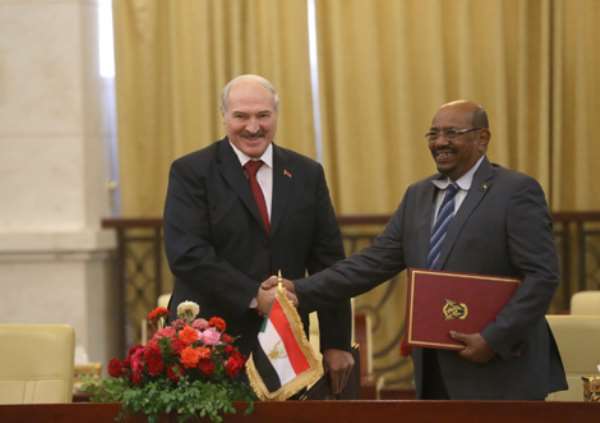 The political development unfolding in Minsk, with a high possibility to spill over and spread throughout the former Soviet republic of Belarus is sensitive and delicate. As an ordinary observer from an obscured and remote rural village with inconsistent connectivity, I struggle daily to understand what happens next in Minsk.

The first information that emerged about opposition rallying against elected President Alexander Lukashenko was worrying and heartbreaking as that country has maintained political and economic stability these years. Of course, just as I personally admired him for his courage, the current political developments vividly remind me of the Republic of Sudan in North Africa.

By geography, Belarus is a landlocked former Soviet republic in Eastern Europe. It is bordered by Russia, Ukraine, Poland, and Lithuania. While Sudan is encircled by seven countries, it also has to northeast a huge Red Sea. It is the third-largest country in Africa, and the third-largest in the Arab world by area before the secession of South Sudan in 2011.

Belarus is a presidential republic, governed by a president and the National Assembly. The term for each presidency is five years. Under the 1994 constitution, the president could serve for only two terms as president, but a change in the constitution in 2004 eliminated term limits. Lukashenko has been the president of Belarus since 1994.

That was changed. In 1996, Lukashenko called for a controversial vote to extend the presidential term from five to seven years, and as a result, the election that was supposed to occur in 1999 was pushed back to 2001. Throughout the period, groups such as the Organization for Security and Cooperation in Europe (OSCE) has declared the elections "un-free" because of the opposition parties' poor results and media bias in favor of the government.

In the case of Sudan, Omar Hassan Ahmad al-Bashir came to power in June 1989. Al-Bashir, who had been in power for more than 30 years, refused to step down, resulting in the convergence of opposition groups to form a united coalition. The government retaliated by arresting more than 800 opposition figures and thousands of protesters, according to the Human Rights Watch.

Many people died because Al-Bashir ordered security forces to disperse the sit-in peaceful demonstrators using tear gas and live ammunition in what is known as the Khartoum massacre, resulting in Sudan's suspension from the African Union. Eventually, Omar al-Bashir was gone. Sudan opened a new political chapter with a new Prime Minister, Abdalla Hamdok, a 61-year-old economist who worked previously for the UN Economic Commission for Africa.

What makes the comparison interesting, President Alexander Lukashenko is referred to as the last political dictator in Europe. Similar title was awarded to Omar al-Bashir as the longest ruler and dictator in Africa. Significantly, long service in political position must necessarily reflect on the level development and on the lives of the population.

The political unrest in Sudan connected to both politics and economy. Sudan is rich with natural resources, as it has oil reserves. Despite that, Sudan still faced formidable economic problems, and its growth was still a rise from a very low level of per capita output. Next, agricultural production remains Sudan's most-important sector, employing 80 percent of the workforce. Worse is production practices are rudimentary. There has not been efforts, at least, to modernize agriculture to the growing population. In 2018, 45% of the population lives on less than US$3.20 per day, up from 43% in 2010. There is still a huge increase in unemployment, so of course, politics and economy questions are inseparable.

On the opposite side, and in fact better than Sudan, Lukashenko continued a number of Soviet-era policies, such as state-ownership of large sections of the economy, and opposed Western-backed economic shock therapy in the post-Soviet transition. Over 70% of Belarus's population of about 9 million resides in urban areas.

The labor force consists of more than six million people, among whom women hold slightly more jobs than men. In some analysis, nearly a quarter of the population is employed by industrial factories. Employment is high in agriculture, manufacturing sales, trading goods, and education. The unemployment rate, according to government statistics, was 1.5% in 2010.

That however, Lukashenko has to gravitate between a romantic political idealism and corrosive reality. The will of the people of Belarus, peoples demands – the basic principle of democracy. But again, the key questions are the advantages that President Alexander Lukashenko has under his armpit. While the political situation is unpredictable, Belarus belongs to Eurasian Union, it also has the Minsk Agreement (Russia-Belarus Treaty) as instruments on which to capitalize in attempt to normalize the situation.

Belarus and Russia have been close trading partners and diplomatic allies since the breakup of the Soviet Union. Belarus is dependent on Russia for imports of raw materials and for its export market. However, the future of the Russian-Belarus union has been placed in doubt because of Belarus' repeated delays of monetary union, the lack of a referendum date for the draft constitution.

The major problem here is Belarus relations with several European Union members including neighboring Latvia, Lithuania, and Poland. The EU has already threatened imposing sanctions, as United States has done in relation to the election held on August 9, 2020. The authorities accused the Russians of trying to destabilize the situation in Belarus in the run up to the presidential elections. Thousands have rallied across Belarus in some of the country’s biggest opposition protests in a decade.

Svetlana Tikhanovskaya, who has emerged as his main rival, pledges to topple his regime and restore democracy. President Alexander Lukashenko, who has ruled the country since 1994, is facing a united and determined democratic opposition in what may be the toughest political fight of his life. Discontent, as always the case, has been simmering for years. Secretary-General António Guterres has issued a statement underlining the importance for all Belarusians to exercise their civil and political rights.

On August 16, President Vladimir Putin and Alexander Lukashenko held discussion on the situation that has developed following the presidential election in Belarus including with due regard to external pressure. The Russian side reaffirmed its readiness to render the necessary assistance to resolve the challenges facing Belarus based on the principles of the Treaty on the Creation of a Union State, as well as through the Collective Security Treaty Organization ,if necessary.

There has been decades-long economic stagnation and prospects of further economic integration with Russia - seen by many as threatening Belarus sovereignty - has weakened Lukashenko's image as the guarantor of stability. Belarus has had a troubled relationship with many of its neighbors. There are many other issues which Belarus and Russia have to settle to ensure regional stability in the Commonwealth of Independent States, or at least, in the Eurasian Union. Time will, indeed, show a peaceful exit out of the crisis, and/or what next for Belarus.