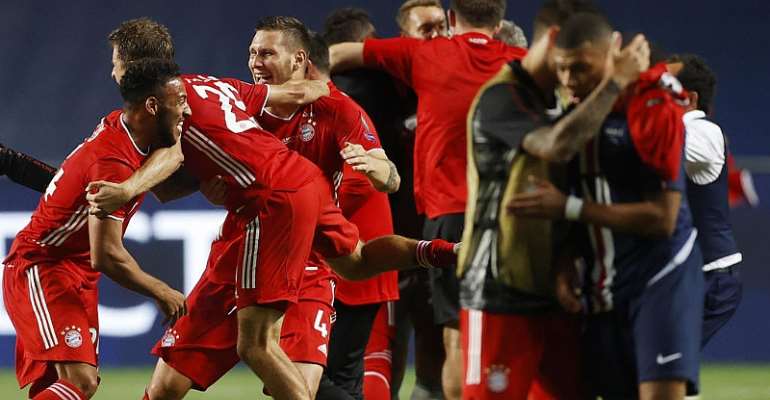 Paris Saint-Germain's hopes for a first Champions League title were dashed in a 1-0 defeat to Bayern Munich in Lisbon on Sunday evening. In the French capital, police arrested 148 people for rioting during and after the match.

Kingsley Coman scored the only goal in the match, played in an empty 65,000-seat Estadio de Luz stadium in the capital of Portugal.

The Frenchman took a pass as he ran unchecked into the penalty area in the 59th minute with a header that netted a sixth European Cup title for Bayern.

“I feel a lot of joy, but also sadness for PSG,” said Coman, a star of the French national team who was born in Paris and started his career at Paris Saint-Germain before leaving for Juventus in 2014. “It hurts my heart a bit.”

“We weren't clinical enough,” said PSG coach Thomas Tuchel after the match. “We want Kylian [Mbappé] and Ney [Neymar Jr.] to always score, but you can't ask for that.”

The match ended the season three months later than usual due to the coronavirus epidemic.

The arrests were made for “damage, violence and throwing projectiles at security forces”, Paris police reported on Twitter, adding an additional 404 people received warnings for not wearing face masks in a zone where they are required.

The violence occurred around the Parc des Princes stadium to the southwest of Paris and on the Champs-Elysées avenue for several hours during and after the match as police shot tear gas and rubber bullets to disperse fast-moving groups of rioters.

About 5,000 PSG supporters had gathered at the Parc des Princes to watch the match in Lisbon on a big screen. Some 3,000 police were deployed at the stadium and on the Champs-Elysées.

Paris Mayor Anne Hidalgo had called for “mature celebrations” if PSG had won after supporters clashed with police after the team's 3-0 semi-final win over Leipzig last Tuesday.