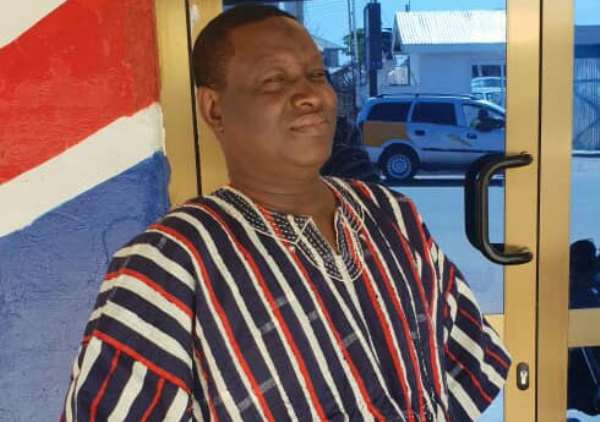 Immediate past Upper East Regional Chairman of the New Patriotic Party, (NPP), Alhaji Ibrahim Muntala has appealed to Ghanaians and the people of the Upper East Region especially, to give the government another chance to continue the works it has started over the past three and half years.

According to him, the Upper East Region has had a fair share of developmental projects from this government and believes that given another opportunity, the government will do more.

Alhaji Ibrahim Muntala believes that the manifesto the New Patriotic Party will be unveiling on August 22, will be one that majority of Ghanaians will readily accept and associate themselves with, as the party gears up for election 2020.

“Many of the projects this government started in the Bawku area for example, are near completion and am sure that the 2020 manifesto will still have other initiatives that the Upper East Region and the various districts and municipalities will all benefit from.”

Alhaji Muntala was speaking with the Daily Guide in a interview, ahead of the launch of the New Patriotic Party’s 2020 manifesto.

“Even though other areas in the region are also benefiting from this government, I will like to talk about what is happening in Bawku. I cannot mention all, but the few that come to mind include a 3-unit classroom block for the Manga primary, 20 number lockable stores at Bawku Central Market. There is also a 2 number 4-bedroom Nurses accommodation in Bawku, there is also a 15 number boreholes across the Bawku Municipality, as well as supply of dual desks to schools and extension of electricity power to communities that hitherto had no light, despite the presence of electricity poles for years.”

There are other projects being funded by the Northern Development Authority in the area of health, education and water in the region.

Alhaji Muntala has called on the regional executives of the party to extend invitation to other people that are willing to contribute in any way towards the party’s campaign for victory in 2020.

“Usually as executives, there is bound to be this feeling that the people voted for you to work so you must work. I agree, but if they share the burden for others to help, the outcome will be better than just a few people doing all the work.”