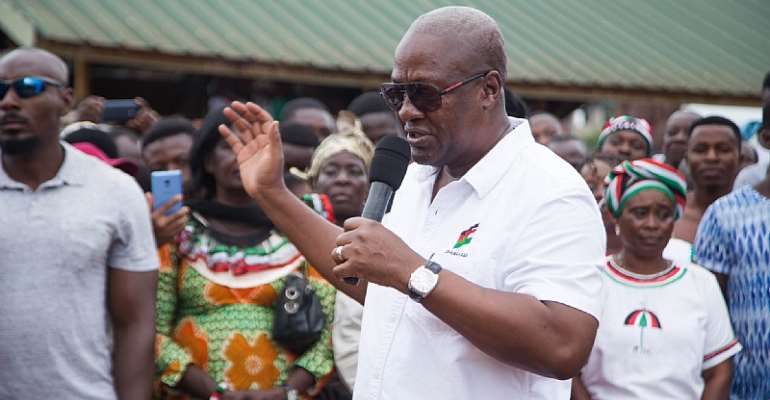 Former President John Dramani Mahama, has challenged President Akufo-Addo to a debate on their respective administration’s records on infrastructure development.

“I am willing to present myself for a debate with President Nana Akufo-Addo any day, any time, anywhere,” Mr. Mahama said when he called on leaders of the Ho West Traditional Area on Thursday.

The former president is currently on a tour of the Volta Region.

Mr. Mahama recounted the New Patriotic Party’s criticism of the NDC’s decision in 2016 to campaign mainly on its infrastructure record which was contained in its “Green Book”.

Ahead of the 2020 polls, the Akufo-Addo administration has centred its campaign on the issue of infrastructure after it announced that it has initiated 17,334 infrastructure projects in various parts of the country.

It noted that 8,746 of the projects have been completed while the remaining are ongoing.

The government has also set up a website to track its infrastructural projects.

But Mr. Mahama suggests that this is hypocritical from the Akufo-Addo administration.

The former President feels a debate will be an adequate avenue for the comparison of records.

“It is easy to settle the issue of infrastructure. After all, the President said it is going to be an election of track records; comparing his track record to my track record.”

“We can settle it easily. Let's have a debate between the two of us. The two presidents. Let Nana Akufo-Addo come and sit down. Let me sit down and let's debate our records,” Mr. Mahama said.