NDC Will Win Back Power If Election Is Free, Fair — Mahama 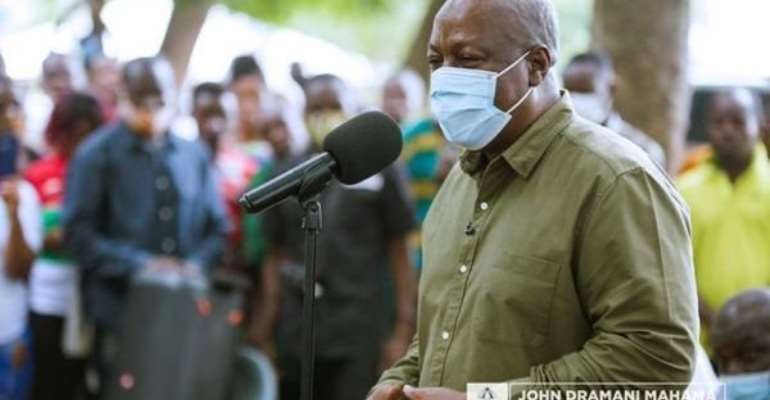 Former President John Dramani Mahama has said his party would claim victory in the upcoming elections if the event was free and fair.

He said the Party was against all forms of violence and vigilantism, and said all votes must count, therefore the people must endeavor to protect their voter cards and ballot boxes.

Mr Mahama said these at the Ho central market during his campaign tour of the Volta Region on Wednesday.

Mr Mahama expressed joy over the completed market complex saying it stood as proof of the NDC's infrastructure development efforts, adding that the governing New Patriotic Party (NPP) had "nothing to show" for its financial borrowing.

He said the NPP government has abandoned many projects the NDC had ongoing, which he said would be completed when he wins back power under his 'big push for infrastructure' agenda.

Mr Mahama also said a one billion cedi job fund would be created, in addition to a 'national apprenticeship programme' to support the youth.

The Flagbearer is touring the Volta and Oti regions, calling on traditional authorities, and party stalwarts.