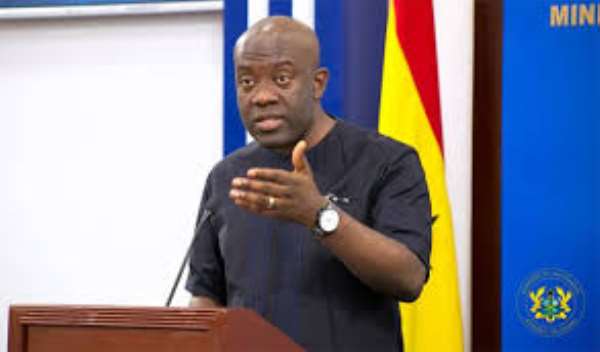 Information Minister Hon. Kojo OPPoopng Nkrumah has revealed that the NPP government is about to add two major interchanges to the four that they have already made.

This comes a day after Dr. Mahamudu Bawumia took stock of infrastructural achievements under the current Nana Akufo-Addo and the NPP administration on Tuesday.

Explaining further to Ghanaians today in Kumasi on Wontumi FM, the Information Minister, Hon. Kojo Oppong Nkrumah revealed the government is even not done in building interchanges because they are going to add another two interchanges to make it six in all before the end of 2020.

He continued that this will make them a better government than the NDC.

Meanwhile, It would be recalled that the Vice President of Ghana, Dr. Mahamudu Bawumia revealed the government has already constructed these four major interchanges namely Tema, Pokuase, Tamale, and the Obetsebi Lamptey interchanges.

He stated that the price of these four major interchanges combine is equal to the only one of such projects that the NDC government undertook at Circle Kwame Nkrumah Interchange which is commonly called Circle Dubai in the Greater Accra Region.

The cost of the four interchanges is $289m while the Circle interchange alone was $260m.