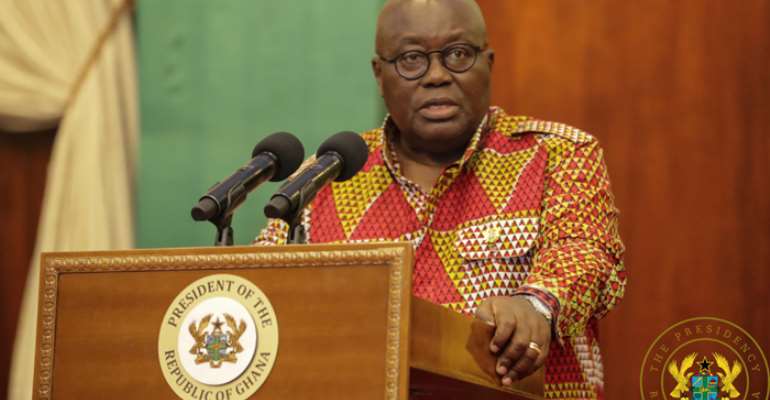 President Akufo-Addo has had cause to respond to the tantrums of his predecessor former President John Dramani Mahama.

The former President had taken a swipe at him for providing what he chose to call 'freebies' to Ghanaians instead of what he claimed to be 'creating the enabling environment' for the people to cater for themselves.

“All the countries that have developed, they didn't develop like that…You must assure the people of jobs; if people are working and getting money, what would they need free for if they can afford to pay. And somebody says 'let's have a competition on social intervention'; social interventions are consumption. They should say 'let's have competition in who invested more in the real sectors than the other,” Mr. Mahama was quoted as saying at a meeting with the Association of Road Contractors recently.

But in a subtle rebuttal in his 15th broadcast to the nation on Sunday on measures taken to curb the spread of the Covid-19 and easing of restrictions, President Akufo-Addo said “I know that the pandemic has adversely affected many lives and livelihoods. It is for this reason that government has implemented several measures such as free water and electricity, and funding to support small businesses, and tax reliefs, amongst others, to cushion the effect of the pandemic.”

“We are not providing freebies; we are providing critical help to households, families and businesses, in the midst of this pandemic, because we care,” the President said, adding “it is my conviction that, in times of crises, it is the duty of a responsible and sensitive government to protect the population, and provide relief.”

The President said the phased opening up of the country continues to put an obligation and responsibility on all Ghanaians to remain vigilant, and respect the enhanced hygiene, mask wearing and social distancing protocols that have become part and parcel of daily routine.

His reason was “they are proving to be effective, so let us employ them wholeheartedly.”

Aside from that, he said “that is the way we can restore, as quickly as possible, the blessings of normalcy for which we all yearn and there is no room for complacency, we must be very much on our guard, because some countries have experienced spikes after recording major achievements in containing the spread of the virus. We should not go down that road.”

Instead, he insisted “social distancing, enhanced hygiene and wearing of masks are obligatory for each one of us.”