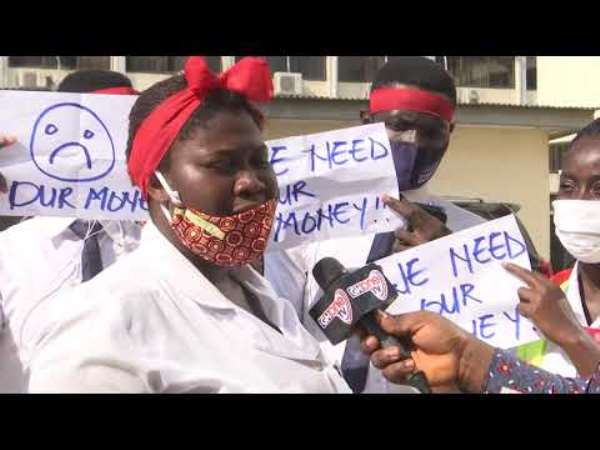 Scores of hygiene students have picketed at the Ministry of Sanitation and Water Resources in demand of their 3years unpaid allowances.

As early as 3 am on Monday, the students stormed the Ministry in protest of their unpaid allowances.

The students who besieged the Ministry with their mattresses, food items, and cooking utensils have set up camp at the premises of the ministry currently indicating they would not leave until they receive clearance for their unpaid allowances despite police deployment there.

The trainee students of the school of Hygiene were promised an allowance of four hundred Ghana cedis each for the three year period in school, but the government has failed to redeem its promise to the 1,348 students.

As it stands now, each student is owed an accumulated amount of Twelve Thousand Ghana Cedis, according to the group. In total, an amount of 9 million and Ninety-six Thousand Ghana cedis is said to be owed them by the Ministry.