Oil spill in Mauritius may thwart years of conservation efforts 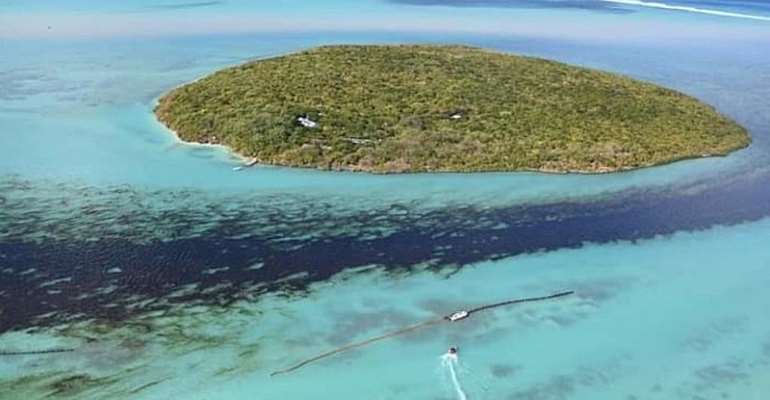 Conservationists in Mauritius are navigating unchartered territory as they struggle to assess the damage from the massive Wakashio oil spill in one of the island's most ecologically sensitive areas. All efforts have been deployed to protect the fragile ecosystem, which has existed for millions of years.

“Even in my worst of nightmares, I would never have thought something like that could happen to us,” says Dr Vikash Tatayah, conservation director of the Mauritian Wildlife Foundation (MWF).

“We are used to cyclones, droughts or an invasive species, it's part of nature and we know how to cope with that. But we never thought we would have to face an oil spill.”

The preliminary investigation in Mauritius indicates that the captain of the ship, Sunil Kumar Nandeshwar, was celebrating a birthday party with his crew as the ship head off-course towards Pointe d'Esny – which explains why the Mauritian National Coast Guard's emergency calls received no response from the Wakashio.

Wakashio started leaking oil on 6 August near two UNESCO Ramsar sites of international importance: Blue Bay marine park and Pointe d'Esny wetlands, which provide habitat to rare plants and animals and are crucial for the preservation of the ecosystem.

Tatayah tells RFI it will take years to recover. The MWF has already started moving the more vulnerable plants and animals from the islets to a safer location on mainland Mauritius.

“Some endangered species or plants might face greater risk of extinction. We're looking at years of conservation work which are going to be lost,” Tatayah said.

Eight hundred tonnes of oil leaked in the southeastern lagoons and around 700 tonnes have been retrieved from the sea and coastline.

“We avoided what could have been an irreparable disaster but still 800 metric tonnes of oil leaked into our lagoon,” the conservationist adds.

“It is an immense stress on our environment. We are used to restoration of habitat, we've been doing this for 40 years. But we've never done 'depollution'," he says.

He fears that as plants absorb polluted water through their roots, the toxic chemicals may lead to the extinction of some species.

“The pollutants are now also to be found in insects, the food for our birds and reptiles. We have no idea how this will affect the whole food chain."

The Ile aux Aigrettes islet lies some 850 metres off the coast of Mauritius. It became a nature reserve in 1965 and the MWF initiated conservation efforts in 1985 to protect some of the rarest species in the world.

“Even if the bulk of the rescue mission on the south-eastern islets is over, we do have to regularly monitor the fauna and flora because of the damage caused by the oil spill,” says Tatayah, admitting that he does not know what the long term effects may be.

“But because the air is still full of petroleum vapour, we are currently only spending a few hours on Ile aux Aigrettes, wearing protective equipment, while we used to spend the whole day and even stay there.”

The 26-hectare Ile aux Aigrettes is home to some 500 birds, as well very rare plants and reptiles.

The Pink Pigeon, unique to Mauritius, has been restored from near extinction in 1990 with a population of only nine birds. There are now over 400 of them with 20 on lle aux Aigrettes.

The small songbirds Mauritius Fody or Cardinal and the critically endangered Mauritius Olive white eye have also been successfully reintroduced to the islet.

The MWF team rescued 12 Mauritius Olive white eye and six Mauritius Fody from the islet and moved them, in captivity, to Black River.

The south-eastern islets are the nesting place of seabirds. On île aux Phares, the paille-en-queue or white-tailed tropic bird nests on its lighthouse.

“If we do not manage to clean up in the next few months, there will be an increasing risks for those seabirds to get oiled because as Mauritius moves into summer, it corresponds with their breeding season,” Tatayah explained.

There is also the added problem for seabirds to find food which has not been contaminated.

There are over 3,000 rare plants on the islet. One of them is the Ile aux Aigrettes Ebony (Diospyros Egrettarum). It is one of the 12 Ebony species unique to Mauritius which are only found in lowland forests. Prior to the arrival of humans, Mauritius was covered with Ebony forests. Today, less than two per cent remains.

Mauritius' endemic lowland coastal forests, which were originally millions of years old, have been completely eradicated by man from the coastline of the mainland. These unique plants are now only to be found on the 10,000-year-old Ile aux Aigrettes where it as been preserved from destruction.

MWF removed the plants from its nursery to the mainland.

Some reptiles, endemic to Mauritius and extinct on the mainland, live on a few surrounding islets.

The Telfair's skink and Günther's gecko, which used to be found only on Round island, were reintroduced to Ile aux Aigrettes ten years ago.

Ilôt Vacoas has a remnant reptile population of Bojer's skink, Bouton's skink and the Night gecko.

“The idea is to ensure that the reptile population is translocated on other islets. This process is working really well,” Tatayah declared.

The rescue mission underway involved moving some of the reptiles, like the Bojer's skink, to Mauritius.

The Night gecko and the critically endangered Bojer's skink are unique to Mauritius and are currently to be found among the south-eastern islets. Having been separated from the northern population on Round island and Gunner's Quoin several thousands of years ago, they now present a unique genetic makeup.

Geckos are very important for pollination and insect control of invertebrates.

As the tortoises endemic to Mauritius went extinct in 1844, Aldabra giant tortoises from the Seychelles were brought in 2001 to Ile aux Aigrettes because they are the genetically closest to the Mauritian species, and could fulfil the same essential functions within the ecosystem of the island.

The smaller ones have been moved to mainland Mauritius as part of the rescue mission.

The activities on Ile aux Aigrettes have almost grounded to a halt because of the oil spill.

Tatayah believes it will be several weeks before MWF could consider reopening the island to the public.

“We were planning to receive 18 thousand people this year through our eco-tourism and education tours,” he said.

“The oil spill and Covid-19 have severely slashed funds needed to finance our conservation work.”

The foundation has been receiving donations, in response to the oil spill, from various platforms. The conservationist admits facing an immense task ahead to recover from the oil spill disaster.

“I sometimes want to cry but, in our business, we cannot just give up,” said Tatayah. “The cost of this shipwreck for our society, our environment is immense.”

Furnish us with Ejura committee’s report – Families of kille...
24 minutes ago