More Than 187,000 Benefit From Water Project As CWSA Brings Life To Central Region 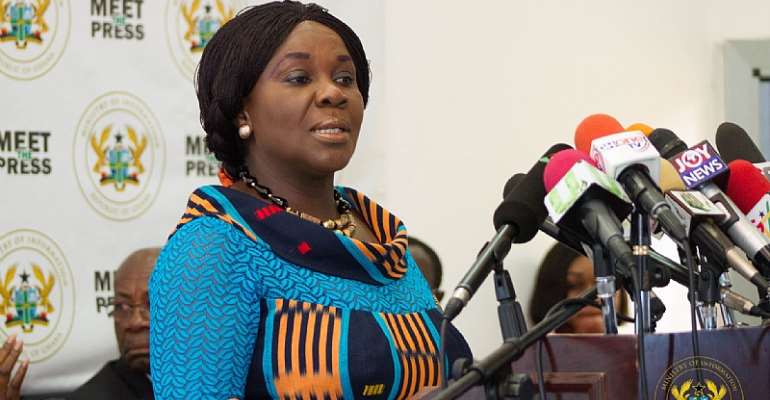 The AF-SRWSP is a $45.7 million World Bank credit facility aimed at expanding access and ensuring sustainable water supply and sanitation services to rural and small-town communities in eleven regions of the country.

Under the AF-SRWSP, nine community water systems, costing over GH¢73 million, have been added to the existing 17 in the Central Region to increase water coverage from 63 to 70 per cent.

The GH¢73.4 million water project, funded by the World Bank through the Community Water and Sanitation Agency (CWSA), in collaboration with the Ghana Water Company Limited, has increased the water coverage in the region from 63.8 per cent to 70.4 per cent.

More than 187,000 people from 146 communities in eight districts of the Region would benefit from the project, which started in 2017 and completed in March, 2020.

In that vein, two ceremonies were held at Amasamkrom, a community in the Mfantseman Municipality, and Gyeakrodua in the Awutu Senya West District on Tuesday, June 30, 2020 to officially inaugurate the facilities.

The GH¢73.4 million project, funded by the World Bank through the Community Water and Sanitation Agency (CWSA), in collaboration with the Ghana Water Company Limited, has increased the water coverage in the region from 63.8 per cent to 70.4 per cent.

About 184, 000 people in 146 communities across eight districts in the Central Region are benefiting from the project under the Sustainable Rural Water and Sanitation project.”

Costing GH¢73.4 million, the project was financed with funding from the World Bank and covers areas in saline belt due to problem with ground water.

The CWSA had grouped the beneficiary communities into nine clusters for efficient and effective management of the various systems.

The Sustainable Rural Water Sanitation Project started in 2017 includes the laying of 564.4 kilometres of pipes in nine clusters.

The project component also includes health and sanitation education, institutional development and the construction of 6,118 toilets for households.

Speaking at separate ceremonies to commission the facilities, President Nana Akufo-Addo, said completion of the projects was a manifestation of Government’s commitment to increasing water for all.

The Government would not relent in its efforts to achieve parity in water supply, he said.

The President was confident that the water systems would go a long way to help the country achieve the Sustainable Development Goal Six, which demanded that every household be provided with potable water supply and sanitation.

He admonished the people to maintain the water facilities, which had come at a significant expense to the taxpayer.

The President said the government had also secured funding for two other rural water projects for 150 communities in the Ashanti, Eastern, Greater Accra, Volta and Oti regions.

He also urged the CWSA to work to link the supply of water to support small-scale enterprises, particularly those under the One-District, One-Factory (1D1F) initiative, to promote local industrialisation.

“I urge you to also sustain the fight against the spread of the coronavirus (COVID-19) pandemic by adhering to established protocols,” His Excellency Nana Addo Danquah Akufo Addo appealed.

On her part, Mrs. Cecilia Abena Dapaah, the Minister of Sanitation and Water Resources, noted that the facilities would not only ease the daily burden on women and children of having to search for water but would also help to retain many children, especially girls, in school.

Further, she revealed that the Government, through her Ministry has awarded contracts for the construction of six hundred and forty-five (645) mechanized borehole systems nationwide.

“To ensure our more water for all agenda, The Minister of Sanitation Water Resources and its agencies will continue to work to get water to all Ghanaians,” she indicated.

Engineer Worlanyo Kwadjo Siabi, the Chief Executive Officer of the Community Water and Sanitation Agency (CWSA), explained that the AF-SRWSP was designed with focus on finding solutions to the many water quality challenges faced by rural communities.

He said the CWSA, therefore, collaborated with the Ghana Water Company Limited to pump excess water from its treatment centres to supply the beneficiary communities.

Over 565 kilometres of transmission and distribution pipes were laid, seven booster stations constructed with two of them being hybrid, nine water management offices, eleven tanks and 403 stand pipes were constructed in addition to 6,118 household latrines.

He said the CWSA had deployed its technical staff to the clusters to ensure proper management of the facilities to provide uninterrupted potable water supply.

To ensure increased access and availability to rural communities within the catchment areas, Mr Siabi said smart taps had been installed where people could access water through tokens.

Ing. Worlanyo Siabi, indicated that, the agency would continue to work in the interest of Ghanaians at all times with particular reference to provision of quality water.

He said more employment opportunities had been created as part of reforms embarked by the board and management of the CWSA, “We have recruited 1,152 professionals, including engineers and revenue staff, to manage the water resources and urged beneficiary communities to support efforts to maintain them.”

Residents in the beneficiary communities expressed appreciation to the government for its role in providing infrastructural development in the country and assured the President of their commitment to ensuring that the facilities are put to good use.

I lied that you contracted covid-19, you didn’t also chop co...
47 minutes ago