Police On Manhunt For Suspects Of Juapong Murder 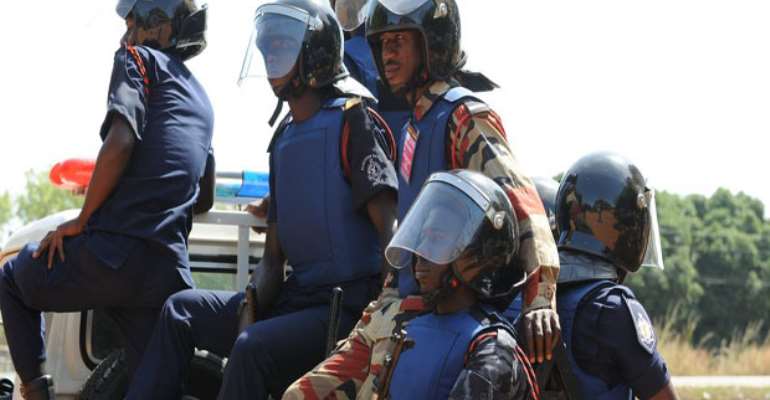 The Volta Regional Police Command has mounted a chase for three persons suspected to have been involved in the robbing and killing of a businessman at Juapong in the North Tongu District of the Volta Region.

The manhunt comes 24 hours after Samuel Nyamador was murdered last Tuesday, August 11, 2020 at about 10:30 pm while he was in the company of his wife.

Samuel who owns a shop in Juapong had closed and was heading home (about 500 meters away) with his wife, when three men in masks attacked them.

The Public Relations Officer of the Volta Regional Police, Cpl Prince Dogbatse who hinted of the manhunt assured that the Police in Juapong with the support of the regional command will do all they can to bring the culprits to book.

He appealed to the youth who had blocked the Juapong portion of Ho-Accra highway on Wednesday in protest of Samuel’s death to instead, volunteer prompt and credible information to assist the Police.

Preliminary investigation suggests that Samuel, popularly known as Sonny was shot in the back and strangled to death after a bag containing an unspecified amount of money, phones and other personal effect were collected. The arm of the wife was also hit with the butt of a gun.

The Police moved in and conveyed the corpse to the Akosmobo Hospital morgue that same night.

Some residents had blamed the Police for not responding timeously. However, the Police said they were informed after the incident had taken place. Nonetheless, they will do all they can to bring the culprits to book.

Meanwhile, calm have returned to Juapong after some protests erupted last Wednesday morning. The youth in registering their displeasure blocked the portion of the Ho-Accra highway which traversed their town with vehicle tires. They set the tires ablaze preventing vehicles on either side of the road from moving for over an hour before the Police were able to stabilise the situation.

NPP may lose 2024 elections if Bawumia is imposed as flag be...
38 minutes ago

Keep quiet and concede defeat because you couldn't perform —...
48 minutes ago