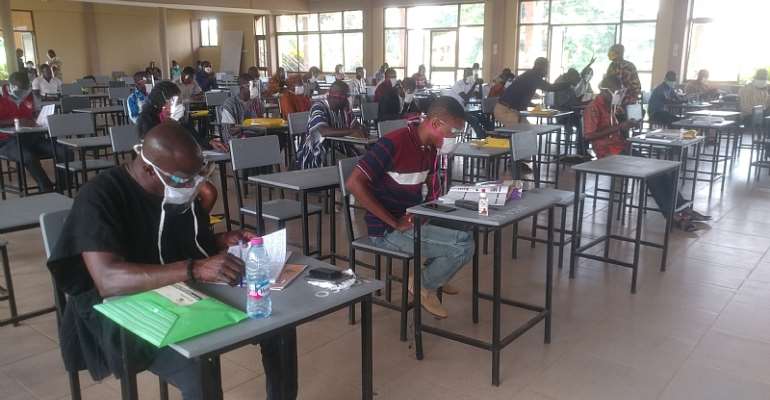 The Tano South Municipal Assembly has held a two-day workshop for assembly members in the municipality at JOSCO assembly hall.

The MCE, Hon. Collins Offinam Takyi in his welcome address welcomed all members present and thanked representatives from NALAC for making time to educate members.

He acknowledged that the workshop was needful because times keep changing and therefore calls for acquiring new knowledge on ways to tackle the work given.

He said that though their works had already started and most of them had found their way around it, he urged members to be attentive and learn from the workshop since it has been well planned to give them the new required knowledge and skills needed to execute their work as assembly members.

He mentioned that both appointees and elected members had the same mandate and urged them to work together wherever they found themselves.

He concluded by telling assembly members not to put all their hopes on the central government with regards to development in the municipality, he pleaded with them to unite and work together for the greater good of Tano South Municipal.

In a short but impressive address the Team leader Mr. Kwasi Larnyoh said, though some of the things that will be talked about may not look new to most people but urged them to still pay attention since it is different from all the previous ones.

He mentioned that the training was aimed at reforming the current assembly and educating them to focus more on developing their electoral areas and their assembly as a whole.

He continued that the PowerPoint presentations had been put in a book to enable them to revisit at anytime. He ended by giving audience a brief on what they had to expect from the various presentations.

This is what Akufo-Addo and US Vice President Kamala Harris ...
21 minutes ago