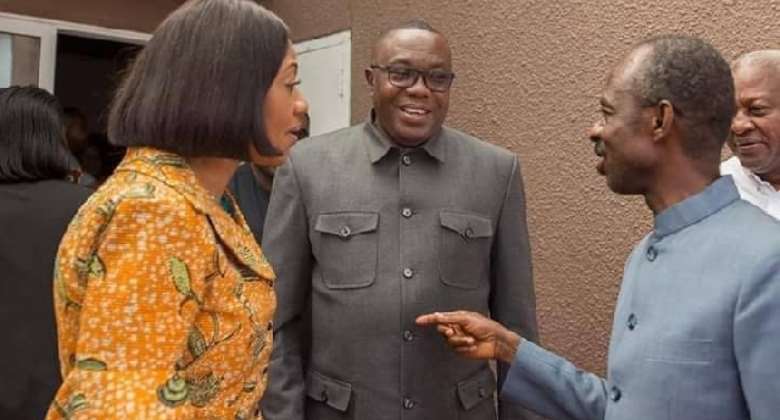 The General Secretary of the National Democratic Congress (NDC), Mr Johnson Asiedu Nketia, has described as “suspicious” and a “cover-up”, the Electoral Commission’s claim that more than 10 million Ghana’s who took part in the recently-ended voter registration exercise, used the Ghana card as a breeder document.

At its press conference on Wednesday, 12 August 2020, the EC said about 9,600,000 Ghanaians out of the 16.9 million persons who registered as of the end of the voter registration exercise, used the Ghana card as a breeder document.

This figure represents 60.09%. Also, 37.99% of voters registered through the guarantor system. Additionally, 1.92% registered with their passports.

The Western North Region came third with 76.9% of the registered population using the Ghana card. Regarding the use of guarantors, the Bono East Region recorded the highest figure of 58.5%. They are followed by the Bono Region and Ahafo Regions.

In both regions, 57.7% of the registered population used the guarantor system.

Responding to the Ghana card figures, Mr Asiedu Nketia told Kwabena Prah Jr on Accra100.5FM’s Ghana Yensom show on Thursday, 13 August 2020 that: “I have a little problem with that figure because prior to the registration exercise, the Ghana Statistical Service (GSS) came out to say that those who have the Ghana card were a little more than 11 million”.

“Among that category, there are minors who are 15, 16 and 17 years old, so, to get the accurate number of eligible voters who are 18 years and above who used the Ghana card to register for the voter ID card, you need to deduct the number of minors from the total number of Ghana cardholders.

“So, if the whole group is a little more than 11 million, it is not possible that when you do the necessary deductions of the minors, you would get 10 million”, Mr Asiedu Nketia said.

“And even if you had 10 million, there is nothing to show that all those 10 million Ghana cardholders registered for the new voter ID card. It is statistically impossible. So, the EC’s 10 million figure is suspicious”.

In Mr Asiedu Nketia’v view, the EC is “using that as a cover-up as much as possible so as to reduce the number of people who used the vouching forms to register, since registration by documentation is superior to the vouching forms”.

“This is just to make the register appear more credible”, he insisted.