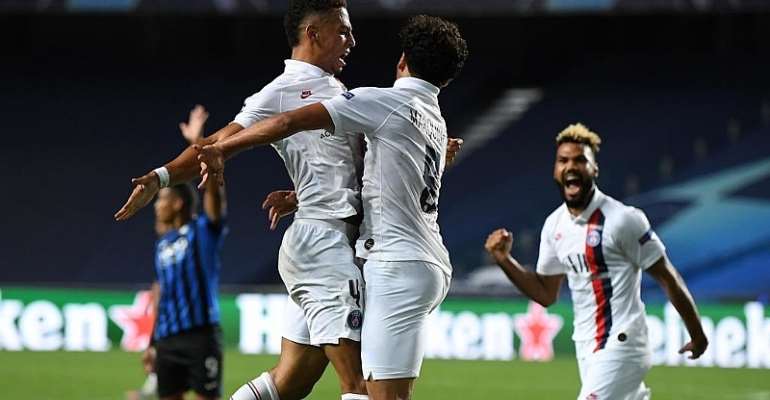 Having been moments away from another season of disappointment and an inevitable, wholesale summer of change, fifty-years' old Paris Saint-Germain is on the cusp of its greatest ever European football campaign.

Ah, the fine margins of the beautiful game.
Last season, PSG was quite literally seconds away from a fifth Champions League quarter-final in seven seasons, at the expense of experienced, three-time victors, Manchester United. This, until a 94th minute, tie-winning penalty successfully despatched by Marcus Rashford.

Just over a year on in another knockout clash in European football's grandest club competition, and seconds into added time, the Parisians were on the opposite side of footballing fortune.

Trailing a goal to nil to Atalanta and heading out somewhat disappointedly in the last-eight, Marquinhos suddenly struck. This extraordinary glimmer of hope then followed up by an Eric Maxim Choupo-Moting winner.

In the time it takes to poach an egg, Ligue 1's dominant Parisians snatched a golden ticket to a second week at the first, and quite possibly only, ever Champions League 'finals'.

Defining moment
What happened deep into a dual at Estádio da Luz watched on television globally by hundreds of millions is a sliding doors moment at the Parc des Princes, potentially even defining.

Defeat would have resulted in the firing of head coach Thomas Tuchel and the downbeat, perhaps at-a-significant-loss departure of Kylian Mbappé and Neymar, or both. Another failure of a season, attempting to land the prize most coveted by Paris Saint-Germain's middle eastern owners, Qatar Sports Investments.

Victory on the other hand has instantly resulted in PSG, led by Tuchel, driven by Neymar, and having used in some small part, Mbappé, having at the very least equalled the club's record in the Champions League/European Cup. In the Parisians' fiftieth year this is now secure, it cannot be taken away from the expensively assembled team or its demanding owners.

Getting fit
But this moment of mayhem in Portugal, of small celebration, will, and should, now be forgotten. Paris Saint-Germain knew from the moment the Lisbon Champions League 'finals' draw was made in early July there was a realistic route to the final. And from there, the club will have certainly made history at the very least, alongside being in a position to deliver the ultimate prize.

Having suffered the agony of last gasp defeat last year in the French capital, coupled with being ever so close to an early Iberian departure this summer, PSG now has a distinct advantage here in hot, humid Lisbon; the longest recovery time of all semi-finalists.

Tuchel and his extensive army of coaching, physio, medical and strength and conditioning experts must now get Mbappé as fully fit as possible for Tuesday week, remaining focused on making it back to the Luz, to the brightest of all lights at the end of the tunnel, on 23 August.

What a position to be in. Had the €222 million Neymar on ninety not had found the €38 million Marquinhos, Nasser Al-Khelaifi may well have spent his final evening in Lisbon attempting to arrange a lunch en route back to Paris or Doha with Max Allegri or Mauricio Pochettino.

Those fine, fine margins.
RFI is on the ground in Lisbon, for regular updates of a unique fortnight-long UEFA Champions League tournament.