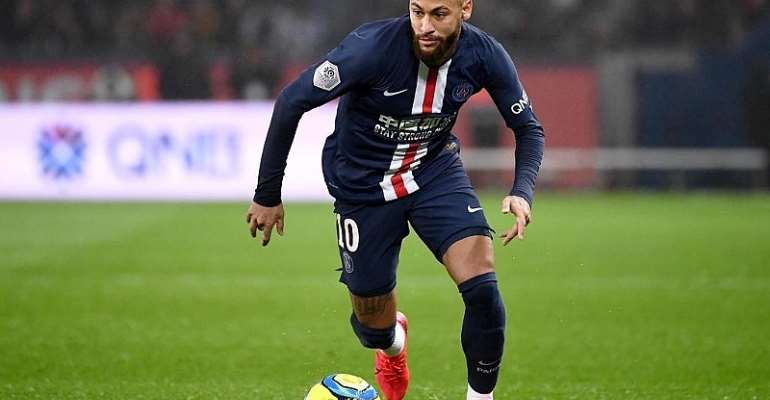 Portugal's capital is playing host to a one-off UEFA Champions League tournament, which, during a 13-day window, will see Europe's best eight teams vie for the continent's most prestigious prize.

Paris Saint-Germain face the Italian outfit Atalanta in their quarter-final encounter, with the winners up against RB Leipzig of Germany or Spain's Atletico Madrid in the semis.

After stunning Cristiano Ronaldo's Juventus in the last-16, Olympique Lyonnais meet Manchester City, with the victors facing the team that comes out of arguably the pick of the last eight clashes - Barcelona against Bayern Munich.

Due to the coronavirus pandemic which has claimed nearly 800,000 lives worldwide, it is the first time that the competition is being staged as a tournament in a single location.

No supporters and only a handful of club officials and journalists are allowed to attend the seven matches taking place at the two stadiums in Lisbon - Estádio da Luz, the home of Benfica and Sporting CP's José Alvalade Stadium.

PSG has long craved Champions League glory and with Pep Guardiola's Manchester City desperate for a maiden success, the two big-spenders are among six teams in this season's last-eight that have never won the competition. Only Barcelona and Bayern have claimed the crown.

City missed out on the Premier League in 2019/20, finishing 18 points behind the 2019 European champions, Liverpool.

PSG meanwhile, were declared Ligue 1 winners as part of an early termination to this term's campaign, owing to the coronavirus.

With PSG sweeping all the available trophies domestically – they have claimed 25 of France's last 36 domestic trophies – Lyon have, by contrast crept into Lisbon's quarters.

Rudi Garcia's side only managed eight points in the group stage, and were seventh in Ligue 1 when the Ligue de Football Professionnel terminated the season in April.

Nevertheless, after their pyrotechnics in Turin, Manchester City's stars will be on their guard not to underestimate their opponents, a sentiment that has to be true for PSG, too.

While Thomas Tuchel's men have played only two competitive games since early March, Atalanta played a dozen games to conclude the 2019/20 season in Serie A in their place and qualification for the 2020/21 Champions League.