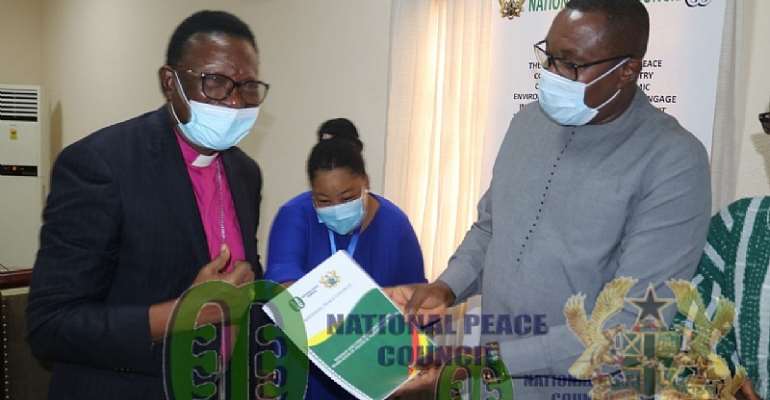 As the West African country of Ghana winded up its voter registration exercise December 6 which had been characterized with pockets of violence in preparation for the upcoming the country’s December general elections, an official of the Catholic Church in Ghana has called for a cultural orientation which focuses on family and educational etiquettes in a bid to avert any electoral violence.

“We need a new cultural orientation, especially in the family and at school, that emphasizes loftier values and etiquette, Mr. Samuel Zan Akologo, the Executive Secretary of the Catholic Church in Ghana’s Humanitarian and Development Agency, Caritas Ghana said recently.

He added that “We also need to imbibe a faith conviction that is not about Church and Mosque going, the verbosity of prayer and incantations; but a practical faith in action in the social milieu.”

“Stay away from acts that cause violence to enable us to have a peaceful environment for both the current Voter Registration programme and the Presidential and Parliamentary elections in December,” the Prelates said in a collective message issued on July 22, 2020.

Sharing his view on electoral violence in Ghana, Mr. Akologo, who heads the Department of Human Development at the national catholic Secretariat suggested that “dealing with electoral violence call for an antidote to this psychological malady about power and leadership that has so terribly diseased our minds, hearts, and attitudes.”

“Electoral violence perpetrated by members of opposing Political Parties or by some coopted or hired agents associated with thuggery, banditry, and uncouth behavior, is all part of this bigger issue of ambition and lust for power,” he lamented.

According to him, “The motivation is probably to gain access to be able to loot and carry away so-called political booty for personal aggrandizement,” saying that “I consider and posit that a sheer craving for leadership to serve humanity would never warrant the kind of violence and vendetta being witnessed in our society today.”

“The situation of electoral violence is further bolstered by a cadre of unemployed youth and sometimes intentional loafers who become prey for recruitment by selfish-seeking individuals,” he noted.

He maintained that “If the government cannot create jobs or facilitate the creation of jobs by the private sector for idle youth, it can at least keep them much longer in school and other skills training centers where their basic needs are catered for.”

Akologo pointed out that “Prolonged schooling or training of a nation’s youth cadre is a very strategic investment which has long term benefits to the individual, family and the nation at large. In the short term, it can also reduce societal vices such as youth violence.”

“I am not unaware about the criminal justice road pursued in Ghana through the Vigilantism and Related Offences Act of 2019 (Act 999). The National Peace Council has even buttressed this by drawing up a Charter of Behavior for key actors of the political process towards elections,” he stated.

He expressed worry that “both actual and signs of electoral violence continue to stare us in the face or are looming in the horizon,” noting “We can insist that criminal breaches must be dealt with as such, according to the law but what about a charter ascribed to by mere goodwill?”

He mentioned that for the 2020 General Elections, “Caritas Ghana is facilitating an interfaith effort on the menace of vigilantism, though outlawed, remain a veiled force of threat to peace.”

“The interfaith initiative; Educating, Training and Healing Individuals, Communities and Society (ETHICS) against vigilantism in Ghana’s elections is perhaps a model to be considered and replicated,” he averred.