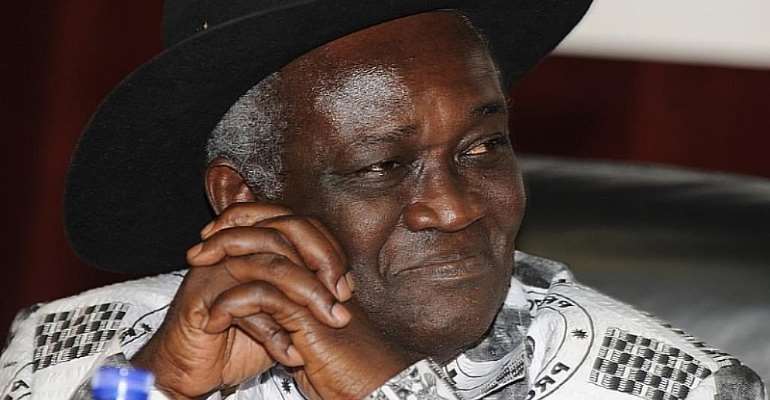 It has now emerged that young politicians were recruited and groomed to attack the founder of the opposition National Democratic Congress (NDC) during the Attah Mills’ administration.

According to Professor Kwamena Ahwoi, Rawling’s incessant attacks on President Mills almost caused the then President to resign therefore a strategy was adopted to hit back at Rawlings in order to save the Mills’ Presidency.

It can be recalled what was later described by Former President Rawlings as ‘babies with sharp teeth” descended on Rawlings and his family during the early days of the Attah Mills administration due to what they perceived as Rawlings’ calculated attempt to make Attah Mills unpopular.

The strategy according to Prof. Kwamena Ahwoi worked perfectly as Rawlings was finally tamed by the ‘young boys and girls' ("Working with Rawlings” - Page 211).

The then Deputy Minister of Information, Samuel Okudzeto Ablakwa and Deputy Minister of Science and Environment, Dr. Omane Boamah were constantly used to denigrate and vilify the character of former President Rawlings and his wife Nana Konadu Agyeman Rawlings

In a well-orchestrated TV and radio engagements the two deputy ministers took turns to launch a vile propaganda on Rawlings and his family describing them in very unspeakable terms and caused so much disaffection for the former First family within the rank and file of the NDC.

On Metro TV’s Good Morning Ghana on Thursday,10th June 2010, Dr.Omane Boamah launched a scathing attack on the Rawlingses accusing them of attempting to draw a wedge between his god-father, Ato Ahwoi and President Mills.

Okudzeto Ablakwah also on Metro TV’s Good Morning Ghana the following day, Friday 11th June, 2010 accused the Rawlingses of sponsoring NDC footsoldiers to Tamale on the June 4th Commemoration questioning how the poor foot soldiers of NDC managed to get money to print banners and also paid for their transport to Tamale on June 4th Commemoration of which they, Ablakwa and his other colleagues boycotted. He urged party members to disregard the Rawlingses and their evil agenda.

The organized rate of attacks by the two deputy Ministers and other young activists recruited by Professor Ahwoi such as Felix Ofosu Kwakye successfully silenced Rawlings and his wife with Nana Konadu leaving the NDC to form the National Democratic Party (NDP) in 2012.

In his book, Working with Rawlings, Professor Ahwoi admits that they strategically unleashed younger NDC activists on Rawlings to shut him up.

“… and we agreed to take steps to ensure that Rawlings stopped his public humiliation of President Mills or reduce it significantly. The strategy we adopted to achieve this objective was simple enough. From our knowledge of President Rawlings, we knew that he could not stand being talked back to by people he considered his subordinates. This must have been due to his military background, because in the military, the subordinate never talks back to his superior officer. So what we decided was that anytime President Rawlings attacked or insulted President Mills publicly, one of the younger members of the party would take him on publicly, not with insult but with logic.

It worked and the strategy proved effective. Rawlings toned down on his public criticism of President Mills. Instead, he turned his anger on the young ‘boys and girls ‘ who were talking back at him whenever he criticised President Mills publicly. He described them at a public rally later as ‘Babies with Sharp Teeth’. The name stuck, but the presidency of Professor Mills was saved.”

Opinion
Powered By Modern Ghana
Nigeria At 60: A Glance Into The Possibility Of De-Amalgamation
Ghana Is Lost
ECOWAS Is Losing Its Credibility
“Leadership” A Precursor Of Employees Motivation And Job Performance
The Alternative
The Bane Of The Zongo/ Muslim Communities - The Creation Of Some Zongolese/ Muslims
The Unemployed Youth Bulge Of Ghana Is A National Security Threat
Male Involvement In Family Planning: The Ultimate Option
Ofaakor Sub-Chief’s Body Found
COVID-19 Updates Live Dashboard
TOP STORIES