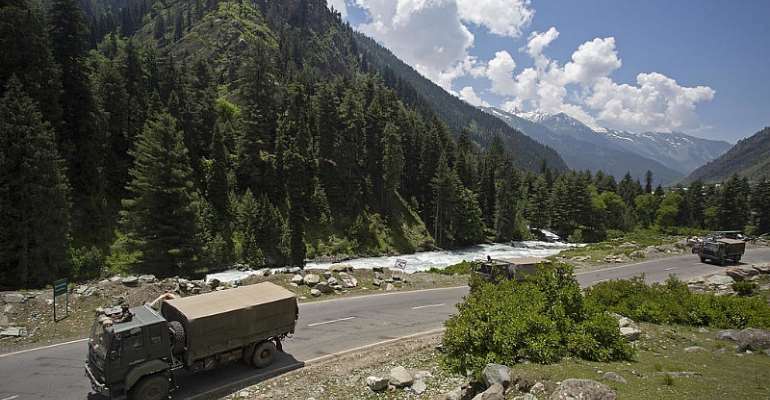 Indian and Chinese military commanders met for the fifth time in nearly two months to try and sidestep a confrontation in the remote Himalayas where both sides have amassed troops since June.

Sunday's talks were held place on the Chinese side of a disputed border in India's Ladakh region, officials said without giving any detail.

Local media said India seeks “total withdrawal” of Chinese troops along the Pangong lake “at the earliest besides completing the disengagement process on other friction points” in the desolate landscape.

Last Thursday, India said disengagement of forces from parts of Ladakh was incomplete.

Tensions erupted after 20 Indian soldiers were killed in a brawl with Chinese troops along Pangong  lake in June.

“It is just the fifth or sixth round of talks and so what can be achieved so soon?” Kak told RFI.

The region saw combat in 1962 when India and China fought a brief war over a border dispute which remained fruitless despite 22 rounds of talks since 1993.

Kak argued India's decision to hive off Ladakh from Kashmir last August and aggressive statements by politicians in Delhi may have also “contributed” to the flare-up.

“It is a grim situation for India as it cannot accept the Chinese intrusion and thus it has to keep the lid on,” he added.

Sun Weidong, China's ambassador to India, meanwhile advised Delhi against any adventure across the Line of Actual Control or LAC -- a loose demarcation line separating Indian- and Chinese-held territory.

“China hopes that the Indian troops will strictly abide by the relevant bilateral agreements and protocols between the two countries and refrain from illegally crossing the LAC to the Chinese side,” Sun told a public event in Delhi last week.

“The need is to generate fear about India in China (and) only this is going to set the equilibrium between the two giants,” Singhvi said a day ahead of Sunday's border talks.

NDTV said the military was also stocking up for the harsh winter in Ladakh.

''We now need more of everything, clothing for individual soldiers, shoes, and additional stocks for everyone,'' the TV station quoted one official as saying.

Both sides were also working feverishly to upgrade their border roads, bridges and communication lines in the region, a military source added.