What Happened To Our Music? 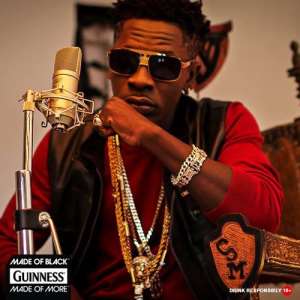 Music is the food of the soul. God created us as singing-beings, among other reasons. It is through music that we communicate our deepest sentiments; articulate our aspirations, and share our vision.

Given the centrality of music in the making of human beings, every human society thrives on music. We use music to mark all the major transitions in life. During naming ceremonies, marriage, and funerals we use music.

There are occupational songs that serve as alibi to labor. As we work and sing along, we gain the psychological stamina to beat down tiredness. Farmers, hunters, and fishermen all have particular songs that identify them.

We also have recreational songs. As humans, we cannot be demoralized forever. Life is full of stress and so we need music to inspire us. We sing to entertain ourselves, as we sigh in hope.

Music has a therapeutic value. One of my professors at the University of Cape Coast (UCC), N.N.N. Koffie used to tell me about how he used music to resuscitate a patient in a comma at the Komfo Anokye Hospital. This use of music is common in Western Europe.

Most importantly music defines our gregariousness. Through the call and response pattern in music, we identify with one another.

In fact, indigenous songs are usually communally owned. There are no clear individual composers. The performance involves an intersection between performers and audience.

Music also inspires our actions. There are, therefore, military songs, liberation songs like reggae, that are composed to challenge all forms of injustice.

Related to the above is the use of music to challenge political misadministration. The Apoo festival of Wenchi had songs of insinuation to criticize bad leadership.

Music is used for cultic purposes. It is said that African deities are music-loving deities. As a sequel to that, religious functionaries throw themselves into ecstatic singing and dancing to invite the deities during a ritual performance.

In an interview in January 2019, Apostle Prof. Opoku Onyinah, the immediate past chairman of the Church of Pentecost (2008-2018), indicated to me that the singing the accompany Holy Spirit baptism in many Pentecostal churches may serve as an overlap between Pentecostalism and indigenous cultures.

Definitely, music is an index of our humanity. This explains the importance that different cultures place on music. It also brings to the fore the importance of the entertainment industry.

Given that music communicates and inspires action, one would have expected that contemporary music, including "gospel", would serve that purpose.

But the more some of us listen to popular musicians sing, the more we see a lack of direction and purpose (other than materialism). In many cases, contemporary popular music entertains and inspires mindless physical gesticulation. The didactic lessons invested in music has declined.

Our generation appears to have lost the agility in oratory and lyrics. Nowadays, music is hardly laced with witty saying and oral competence.

In the face of all this, it appears we are in a progressive retrogression. Can't we do anything meaningful with contemporary popular music?

In my ethnomusicology class at the UCC in 2004-2008, l appreciated the sagacity and prescience of our forebears. Their level of creativity in music is unique and unparalleled.

Strangely, the youth of today who are in the music industry largely glory in mindless insults ("beefing") and explicit obscenities. Sometimes, their songs are incendiary and downright meaningless.

The Bible enjoins Christians to do all things to the glory of God (I Corinthians 10:31). This means that music of all genres must glorify the Lord.

Our so-named celebrities who are Christians should ask themselves: does my song inspire people to glorify the Lord?