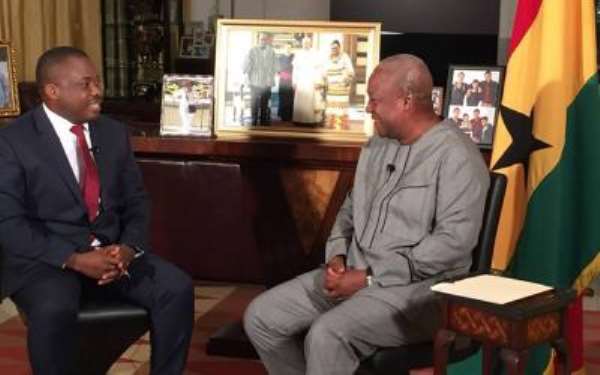 He says the choice by former President John Mahama come as a surprise to many.

Speaking on the Analyses on Starr FM Saturday, the Good Evening Ghana host said the NDC stands and equal chance of winning the December just as the incumbent Nana Akufo-Addo and his runningmate Dr. Mahamudu Bawumia.

“The choice he made is excellent because it is a surprise choice. And in politics the surprise element is key. The ticket is a winning ticket just as Nana Akufo-Addo and Dr. Bawumia,” he told host Albert Quashigah Saturday.

On her inaugural address, the veteran journalist described it as great.

“The address was great by and large. It is gratifying that when we are selecting people for positions, both parties select people who have knowledge for the job, unlike in the past where people who did not have the requisite qualification were selected for political offices”.

The Executive Director of the Institute of Democratic Governance, Dr. Emmanuel Akwetey who was also on the show also praised the address by the former Education Minister.

“I would say the best speech probably a vice presidential candidate has delivered probably the best”.

Professor Opoku-Agyemang was on Monday night outdoored by former President John Mahama as his runningmate for the December polls.