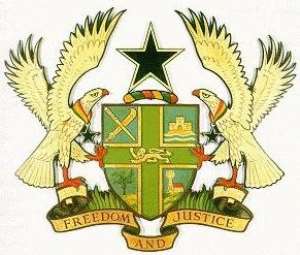 Government and the United Nations Development Programme (UNDP) have started the establishment of community-based information centres around the country that would offer training in ICT to people in the rural areas.

The centres, dubbed "Community Information Centres" (CIC), are being established through the Ministry of Communications with assistance from software giants Microsoft to afford the rural folk a quick and easy access to the internet at the district level.

Mr Fred Ampiah, Resource Mobilisation Analyst of UNDP, said this yesterday when Professor Mike Ocquaye, Minister for Communications, paid a familiarisation visit to the Ghana Multimedia Incubator Centre (GMIC), another project being assisted by the UNDP.

Mr Ampiah said 11 of the CICs were currently operating and 50 more would start operating by September 2006 in districts within the Northern parts of the country as well as Brong Ahafo and Ashanti Regions.

The rest of the country would later be covered under the project within a five-year period. The centres, which are to be established in all 138 district capitals, are part of the Government's effort to bridge the information gap between the rural and urban areas.

Mr Ampiah told the GNA that UNDP had already assisted the project with 200,000 dollars since it adopted ICT as part of its programme a few years ago. He said another 200,000 dollars was given out to support the setting up of the Business Incubator Centre, which would help to enhance the skills of selected ICT graduates into developing their own innovative programmes to assist in national developmental programmes.

Mr Solomon Asante Dartey, Co-ordinator of GMIC, who briefed Prof. Ocquaye on programmes being offered at the Centre, noted that so far 10 people selected mainly from universities were being "incubated" under a sponsorship package to help them to develop their ideas, which included event site, intelligent traffic light, surveillance systems and hospital management.

He said alongside the incubator programme, business process outsourcing training in the areas of medical transcription, centre and data entry capacity programmes were being offered.

Mr Dartey said 300 people had so far been trained with half of them having been employed by banks and the Ghana Community Network (GCNET).

Prof Ocquaye said the Government would continue to play its facilitator role in ensuring that more people were trained for the business market, thereby ensuring that businesses thrived in Ghana. He expressed the hope that with the establishment of the community information centres, students could access their examination results at the district level instead of coming to the cities or Accra.

The Minister also inspected the facility of the Ghana Investment Fund for Telecommunications (GIFTEL), which is housed together with the GMIC at the Ghana House building.

GIFTEL has been established as a means of intervention to accelerate and ensure that basic telecommunication services of acceptable quality are accessible at affordable prices for all people.

Operation of the fund was started in January 2005 to facilitate partial investment funding to companies and entrepreneurs willing to implement eligible Universal Access Telecommunication projects in under-served and un-served areas.